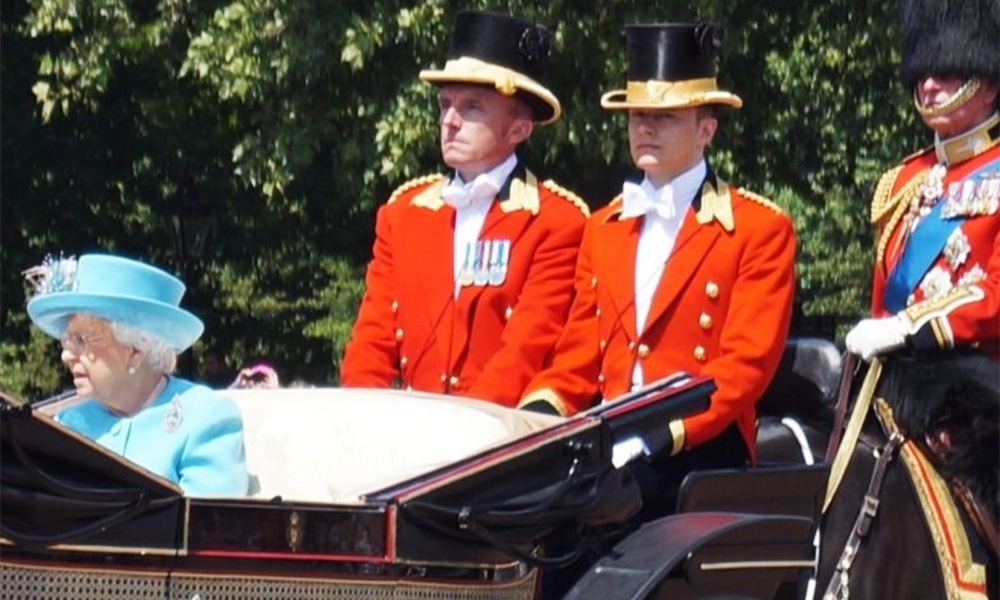 Queen Elizabeth’s openly gay royal footman will accompany her on all formal occasions.

The occasion marked the first time the openly gay former servicemen had joined the sovereign since being selected for the role. Roberts, who is a former member of the Royal Airforce, will live on the grounds of Buckingham Palace. He will travel with the Queen to official functions and when she visits her other homes, such as Windsor Castle and Sandringham House. From now on, Roberts will have a full schedule; the Queen’s Footman is also obligated to ride with the Queen in all carriages.

The selection of an openly gay man for a highly visible position in royal service has been embraced by many. The action is part of a pledge by the Queen to combat anti-LGBTQ discrimination. Last month in Windsor, several high-profile members of the LGBTQ community attended the wedding of the Duke and Duchess of Sussex.

Besides, the younger generation of the Royal Family, including Princes William and Harry, have proved to be allies for equality and LGBTQ rights. Their passion for fighting for LGBTQ people likely originated with their mother, Princess Diana, who supported the LGBTQ community.

Many of the official royal events happen during summer so you will see Roberts riding with the Queen to many functions. In just over a week, Roberts will accompany the Queen to the Royal Ascot.

Watch the full Trooping of the Colour ceremony below!