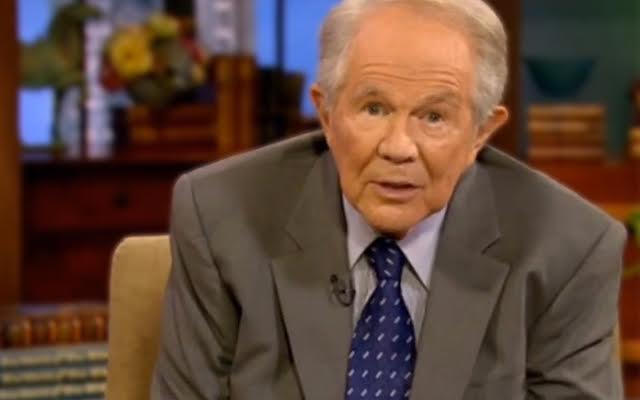 Does the name Pat Robertson ring your church bell?

We can almost guarantee the face looks familiar, right? That’s because Pat Robertson is the guy that you accidentally end up watching on The 700 Club early Sunday morning when the remote has gone missing.

Although his views on just about everything contradict our beliefs, we must admit, he creates quality television and quite a spectacle. We wouldn’t recommend going out of your way to watch, but certainly take a moment next time you’re browsing channels to witness the wreck that is Pat Robertson.

Like America’s back-woods drunken old uncle without a filter, Robertson let’s you know EXACTLY what he thinks. This time, the Supreme Court’s decision to rule in favor of marriage equality for the queer community.

Robertson ISN’T. HAVING. IT. The televangelist television personality fears this decision will have catastrophic consequences — he goes as far as predicting “love affairs with men and animals” as a result of marriage equality. How could he have known? Right? Obviously that’s the REAL reason the gay community worked so fervently for equality … sex with animals, of all kinds.

We won’t reduce Robertson to one quote from one question, that wouldn’t be right. In his defense, he isn’t simply concerned about bestiality; there are larger repercussions related to this civil rights issue like the legalization of polygamy and pedophilia, which he is sure, will follow as a result of marriage equality. Logical, right? We know.