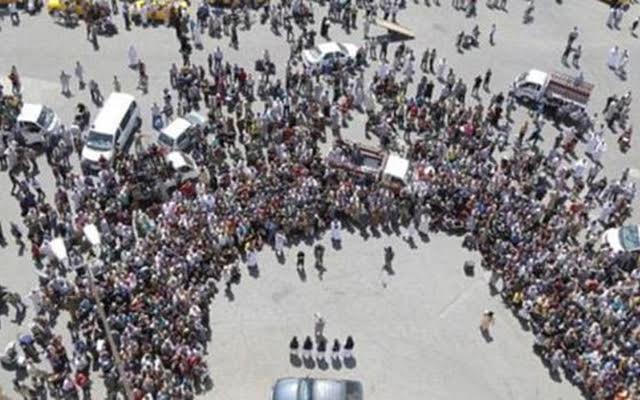 The prevalent headline “ISIS Throws Gay Man From Building” could be the sign of more violence towards gay man in the Middle East.

ISIS reportedly threw a gay man to death while a crowd of adults and children waited patiently for him to fall. Here’s what you need to know:

The Islamic State, better known as ISIS, constantly makes headlines for behaving barbarically. In a recent execution, an audience of men, women and children gathered to watch as ISIS threw a gay man from a building to his death. ISIS members reportedly bound the man and recorded the execution with a cell phone.

Before murdering the victim, ISIS read the charges to the citizens of Mosul, and Iraqi city, and then flung him from the ledge. The Daily Mail reports the:

“Islamic State continues to ruthlessly hunt down and execute anyone accused of homosexuality with new photos showing horrific punishment inflicted on all victims.”

The killings are horrifying, but perhaps the most disturbing element is the crowd’s eagerness to participate. The audience waits patiently for ISIS to complete the execution as if it’s a performance. In addition, children pushed to the front of the crowd for a front-row view of the fall.