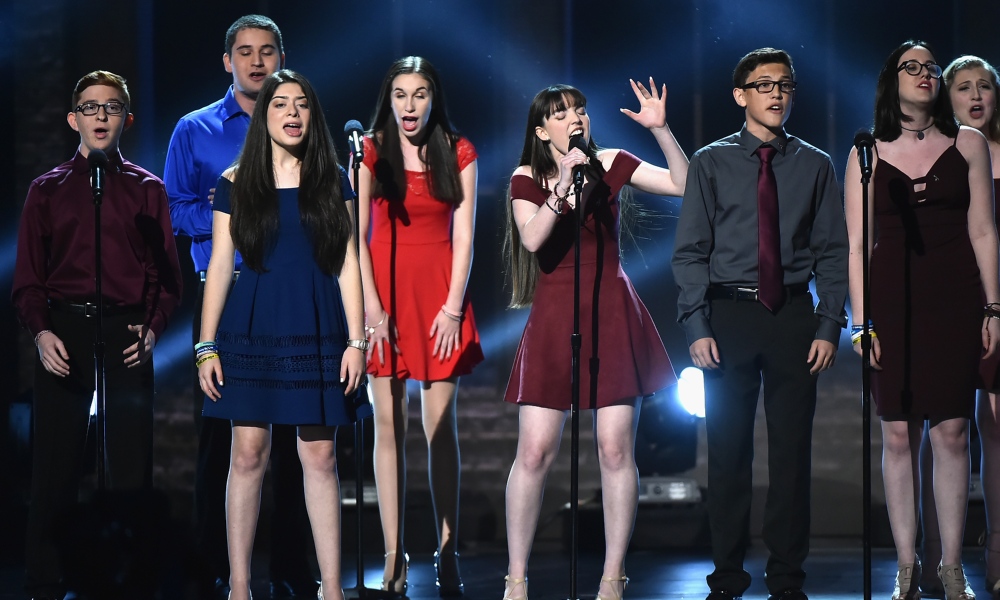 Marjory Stoneman Douglas students sing “Seasons of Love” from Rent and brought the room to tears.

In February, a mass shooter murdered 17 people at Marjory Stoneman Douglas High School in Parkland, Florida. Tonight at the Tony Awards in New York City, the high school’s theatre students performed a touching rendition of “Seasons of Love”. Their performance of the moving ballad from the musical Rent left the audience in tears and earned them a standing ovation.

The students performed in memory of their fallen classmates and to honor their school’s director of the drama department, Melody Herzfeld. She and 65 of her students hid for two hours in her office when a mass shooter went on a rampage. Herzfeld was honored with a Tony Award for excellence in theater education from the Tonys and Carnegie Mellon University during the ceremony.

“I remember on February 7th, sharing a circle with my beloved students, and encouraging them to be good to each other when times were trying, and to keep the family together,” she said in her acceptance speech.

“I remember only a week later, on February 14th, a perfect day, where all these lessons in my life and in their short lives would be called upon to set into action … We all have a common energy. We all want the same thing. We cannot deny it: To be heard, to tell our truth, to make a difference and to be loyally respected. We teach this every day in every arts class,” she continued.

Watch her full speech below.