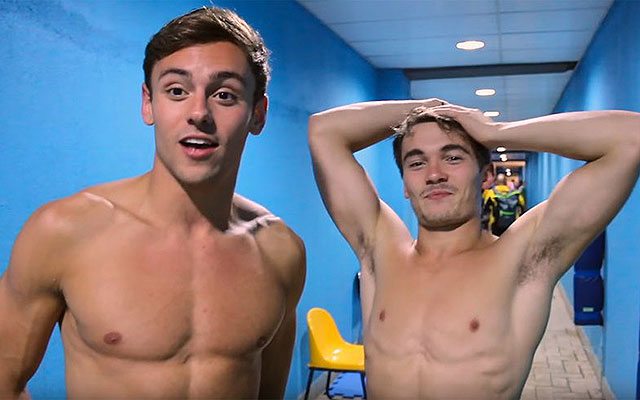 Apparently, the International Olympic Committee (IOC) expects the athletes to be very active during their downtime at the 2016 Olympics. The IOC allegedly ordered 450,000 condoms (also known as “camisinhas” or “little shirts” in Brazilian slang) and 175,000 packets of lube for the Olympic Village in Barra da Tijuca.

Rio de Janeiro is known for its hoppin’ nightlife and the IOC is playing it safe — for everyone. If you do the math, 450,000 condoms equates to approximately 42 rubbers per athlete, so it’s a good thing the IOC ordered thousands of packets of lubricant, too.

“This is considered sufficient to encourage athletes to practice safe sex while in Brazil for the Olympic Games,” the IOC said. The Aussies are bringing their own protection; Dual Protect™ VivaGel® Condoms which come equipped with an anti-viral lubricant to combat the Zika virus. The Associated Press reports, “the virus is linked to microcephaly, a condition in which babies are born with undersized brains and skulls.”

Related: Tom Daley Gets ‘Kitted’ for the Olympics

The IOC will likely distribute the condoms from a clinic or vending machines in the Olympic Village, which is set to open its doors on July 24, with the Olympics beginning on August 5.

This isn’t the first time the IOC has stocked up; during the London games, they offered 150,000 condoms to athletes. However, when Grindr crashed the moment the Olympians arrived, it became apparent they’d need to step up their game. Hopefully, manufacturers will donate extra — just to be safe. During the 2004 Olympic games in Athens, Durex provided 130,000 condoms “to smooth the performance of the world’s elite sports people in the arena and under the covers”.

According to Olympic rower Zac Purchase, who competed in London and Beijing, “It is an absolutely huge allocation of condoms. But it is all so far from the truth of what it’s like to be in there. It’s not some sexualized cauldron of activity. We’re talking about athletes who are focused on producing the best performance of their lives.”