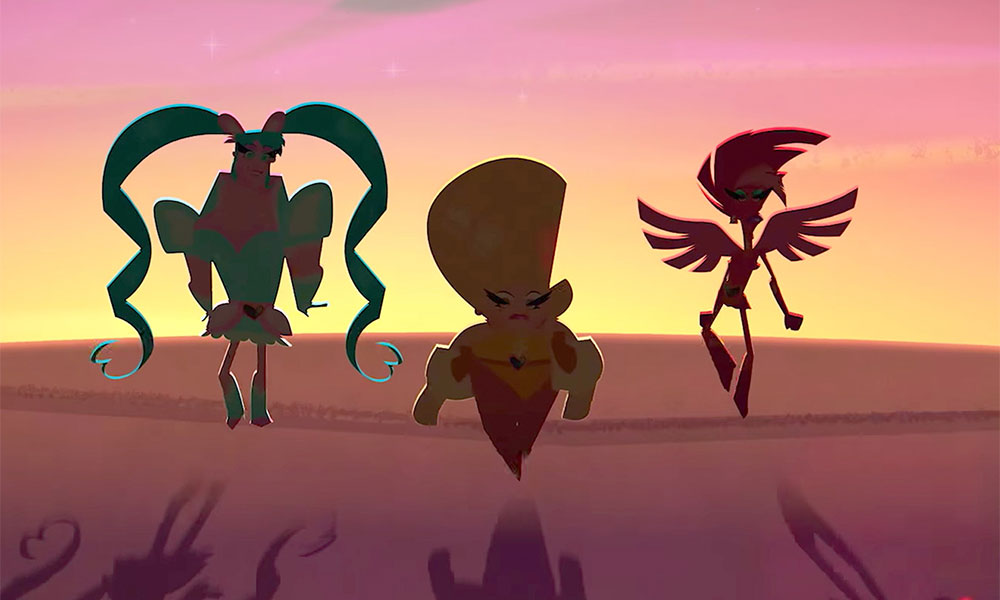 In June, Netflix released a teaser trailer for its upcoming animated series Super Drags. And, let’s just say that the 38-second trailer left us super excited. Last week, the streaming giant dropped a brand new trailer for the series, and it’s fierce AF.

The official synopsis for the show reads: “During the day, they work in a department store and deal with their uptight, bitchy boss. By night, they tighten up their corsets and transform into the baddest Super Drags in town, ready to combat shade and rescue the world’s glitter from the evil villains. Get ready, because the Super Drags are going deeper than you think.”

The new red band trailer sets the stage for a fantastic show, reading: “Warning. The following preview contains strong language, adult content and maximum fabulousness. Honey, your eyeballs are about to get slayed! Viewer discretion is strongly advised.”

With the voices of Trixie Mattel, Shangela, Willam and Ginger Minj, the trailer introduces soon-to-be fans to the queens, nicknamed The Brain, The Brawn and The Heart.