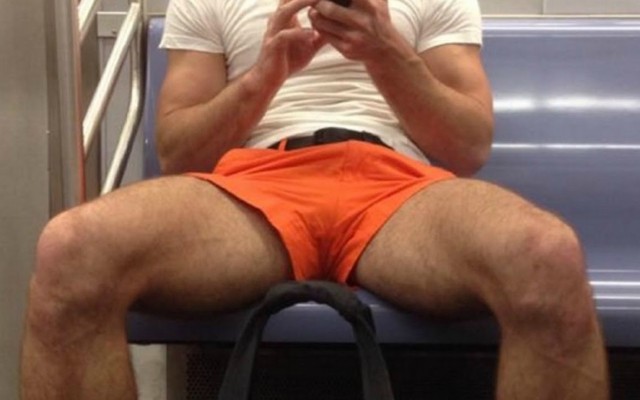 Last year, manspreading took the subways of New York by storm. Guys riding on trains simply couldn’t get enough room for their boys, so they basically took up the whole damn train. Now, some thought manspreading was incredibly annoying, while others thought the phenomenon was sort of hot. Regardless, the Oxford Dictionary officially made manspreading a word, so it’s here to stay.

The definition of manspreading is “the practice whereby a man, especially one traveling on public transportation, adopts a sitting position with his legs wide apart, in such a way as to encroach on an adjacent seat or seats:a campaign to discourage manspreading or using an adjacent seat as a footrest.”

Whether or not you find this public crotch display offensive or sexy, we collected a few of our favorite manspreading examples. Some of the offenders look like repeat spreaders while some of these guys cautiously spread their legs. It’s always sexier when you have confidence.

So, the next time you’re on a train or plane, give it a try. Carefully (so you don’t draw too much attention) separate your thighs and give your manly parts a breather.