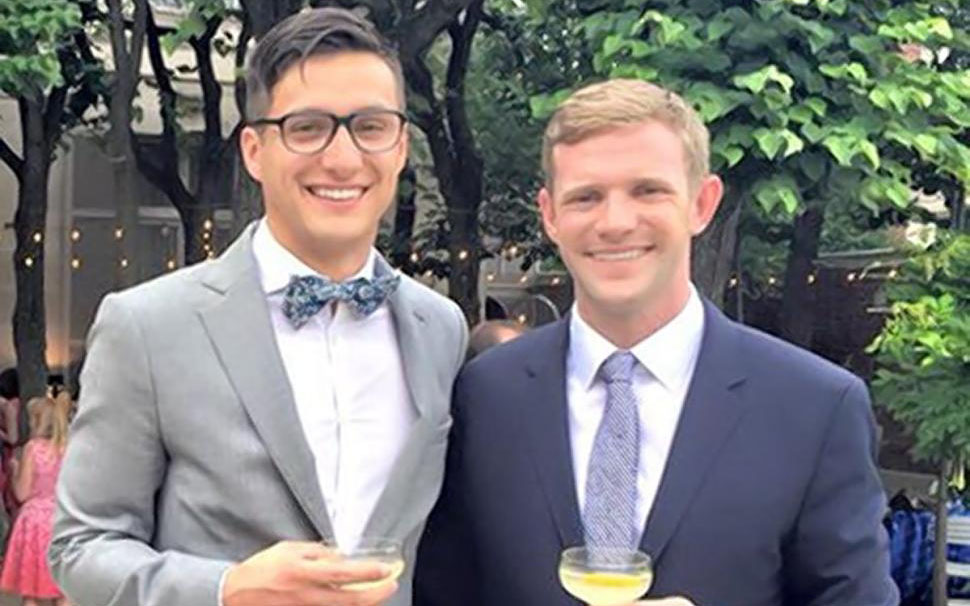 According to New York Daily News, a 40-year-old man verbally assaulted a Manhattan gay couple and they kicked his ass.

In 2013, the couple, Larry and Daniel Lennox-Choate, was the first gay couple to marry at West Point Military Academy. Daniel, who has a master’s degree, graduated from the academy in 2007, and Larry graduated in 2009.

The alleged hate crime occurred while the couple shopped in Soho. The homophobic attacker allegedly approached the couple shouting anti-gay insults, and attempted to punch Daniel. After the punch, Larry opened a can of whoop ass, which left the man bloody and beaten.

On Facebook, Larry wrote, “He left covered in his own blood with his tail between his legs after I handled the situation and tossed him in the street like the coward loser he is.” And, in response to hate crimes and violence towards same-sex couples, he added “We refuse to be victims and are thankful we can defend ourselves, but are saddened by the fact that idiots like this guy might not pick two guys who went through Plebe Boxing next time.”

Although the headline “Gay Couples Beats Up Homophobic Attacker” is circulating on social media, at the time of this report, the NYPD made no arrests.