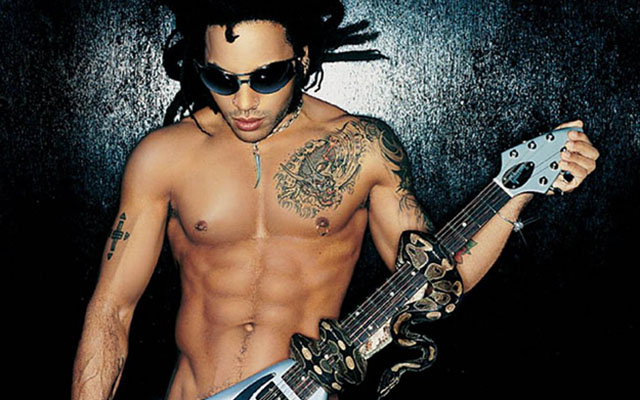 Lenny Kravitz’s junk made an appearance after the singer had a wardrobe malfunction while performing in Stockholm. The “Fly Away” singer accidently ripped the crotch of his trousers and out popped his skin flute. The audience definitely got the full package and their money’s worth at this concert.

The 51-year-old star wore a super tight pair of leather trousers when his schlong busted through the seam and flipped out of his pants for a solo. From what we can tell, he definitely knows how to shave his hair down there. One of Kravitz’s producers immediately took the stage and explained they were having problems on stage.

Moments later Kravitz returned to the stage, apologized and admitted he’d torn his trousers. A concertgoer described the event:

“It was insane, I killed myself laughing. And then I called my mum who was there at the show as well. Her reaction was the same and she almost killed herself laughing too.”