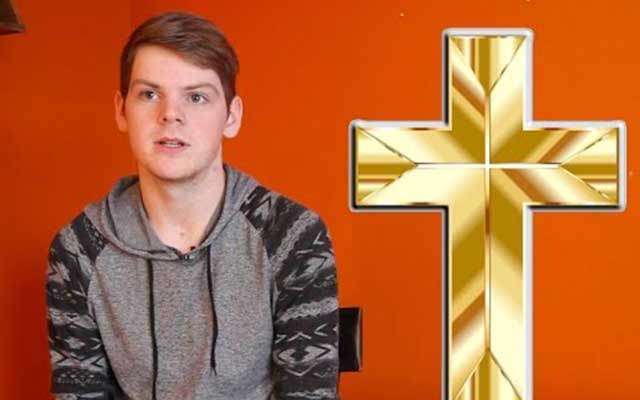 Last October, Arkansan Dylan Settles was kicked out of Woods Chapel General Baptist Church because he was gay. After receiving a letter from his church informing him that they were revoking his membership due to his “homosexual lifestyle,” Dylan responded in a very public way.

First, Dylan shared the church’s original letter on Facebook and it instantly gained attention as thousands of people shared it across the social network. The letter reads: “It has come to our attention that you have made it known publicly your choice of the homosexual lifestyle. While we understand the struggle we all face with sin in our lives, we must also be aware of the consequences of our choices … we have with great sorrow voted to remove your name immediately from the church membership role.”

According to Towleroad, the letter was shared more than 2,500 times but has since been removed from Facebook. Although the church’s communication wasn’t overtly cruel, it hit home with some of the biggest names in YouTube, including Davey Wavey.

In an interview Dylan told Davey Wavey, “The only ‘sin’ that I committed was coming out.” He also addressed how this experience shaped his life and added, “I think that I’ve learned who I am … I am very comfortable with being out and holding my boyfriend’s hand or kissing in public. It doesn’t matter what other people think about you. There’s someone out there that loves you regardless.”

In response to the church and their letter, Dylan’s replied with a heartfelt note. It reads:

“It’s been a few months since receiving your letter and I have given it some thought. If there is one thing I have learned from your church it’s that where there’s love, there is God. I want to let you and your church body know that I am in a loving relationship with my boyfriend. When I hold his hand or look into his eyes, there’s not sin that I feel. It’s love. Looking at today’s world, it’s obvious that we need more love in whatever expression it takes. We shouldn’t condemn love; we should celebrate it. After reading your letter, I have come to the decision that I am not repenting to the church. I will not repent for being the person that God has created me to be.”

To learn more about Dylan’s journey, watch the video below.