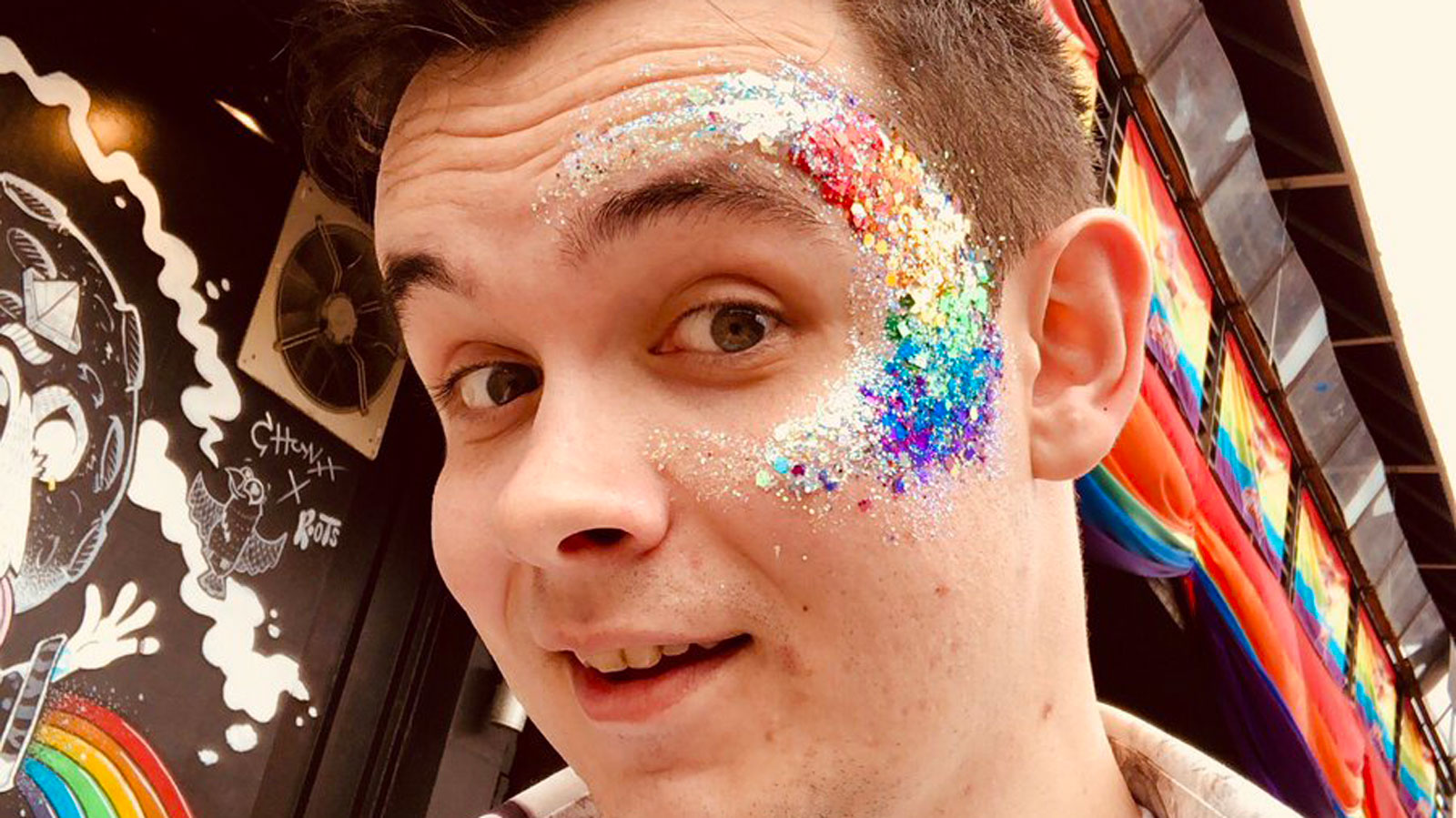 A young man on his way to Brighton Pride had the best response to a homophobic driver; he poured a bunch of glitter in their car.

On Friday, Mancunian Nick Hurley was on his way home from work when a man driving by yelled an anti-gay slur at him. The 27-year-old digital artist, who happens to be gay, responded by dumping a fresh tube of biodegradable glitter in the man’s car.

Hurley told Pink News, “I had just stopped off on the way to pick up some glitter before heading home to get changed and pick up a bag [as] I was on my way to Brighton Pride for the weekend.”

He continued, “While going down Whitworth Street in Manchester — a road I walk down at least twice a day — a car screeched past with two guys in, and the one yelled out of the window ‘faggot’ at me. They then came to a stop at the next set of traffic lights. By which time I had caught up with them. And in a moment of white-hot creative rage, I emptied a tube of glitter into their car through the passenger window.”

“They seemed confused and dumbfounded and didn’t say anything. The lights changed, and they drove off, while I took a sharp left turn down onwards on my journey home.”

On his walk back, Hurley shared his story on Twitter.

If you think it’s okay to shout “faggot” at me out of your car window while you drive past, then I think it’s okay for me to empty a tube of glitter through that window when you stop at the traffic lights.

Your casual homophobia has supergay consequences. 😘💅

“If you think it’s okay to shout ‘faggot’ at me out of your car window while you drive past, then I think it’s okay for me to empty a tube of glitter through that window when you stop at the traffic lights,” he wrote on Twitter. “Your casual homophobia has supergay consequences.”

Apparently, he posted the tweet to “share in the ridiculousness of what had just happened with my handful of Twitter followers,” adding that it “totally unexpectedly” went viral.

Hurley used his fifteen minutes of fame wisely; he created a Twitter thread, asking people to donate to Stonewall by texting “STONEWALL” to 70500.

“Without anything to promote or sell myself, I thought it would be a good place to raise some of Stonewall’s work to people’s attention, so I started a Twitter thread with details of how to donate to them.”

“I’ve been absolutely flooded with well-wishers and overwhelmed with the number of people who have said they’ve donated on the back of it. It feels good that I was able to turn a hate crime into something much more positive, all with some added glitter.”