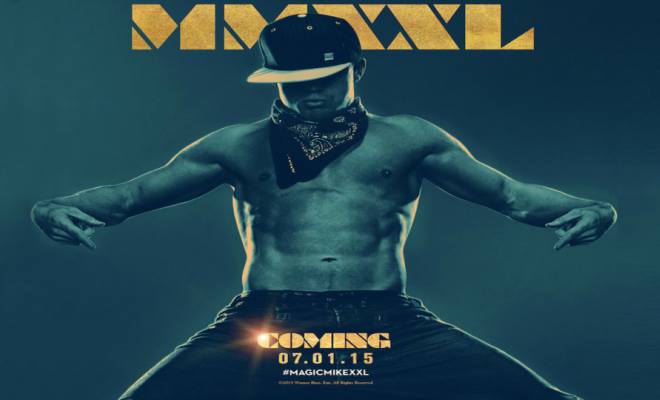 When Warner Bros. announced their plans to erect a sequel to Magic Mike, we knew the original would be a hard act to follow. But, it seems the newest installment of the franchise is bigger and longer than ever before. According to a recent Entertainment Weekly interview with the film’s star, Channing Tatum:

“We read all the message boards, and people were like, ‘Less story. Less plot. Just dudes’ things.’ And we listened to that.”

Apparently, they missed our request for a 3D release of the upcoming film — we’d like to see those bulge’s busting out of the big screen! Maybe next time. During the Entertainment Weekly interview, Tatum discussed the cast’s plan to supplement the success of the original:

“Basically, we all were taking penis-enlargement pills since the last one.”

That’s commitment! Tatum and costars Matt Bomer and Joe Manganiello went to great lengths to enhance their performances in Magic Mike XXL. In MMXXL, the audience will catch up with the boys during a road-trip to Myrtle Beach. For what? A stripping convention — obviously. The fictitious convention is based on one of Tatum’s real-life experiences as a stripper in the late 90s. In an interview with The Hollywood Reporter,  Tatum, who cowrote and coproduced Magic Mike XXL, exposed the “convention” for what it really was:

“The ‘convention’ was not strippers peddling stripper technology or anything like that. It was just a big show with 50 to 70 strippers and 2,000 to 3,000 women. It was crazy.”

Crazy? We can think of far more fitting adjectives to describe that experience. Arousing, perhaps? Sadly, we weren’t there to witness the spectacle the first time around, but we won’t miss it this time, and neither should you.