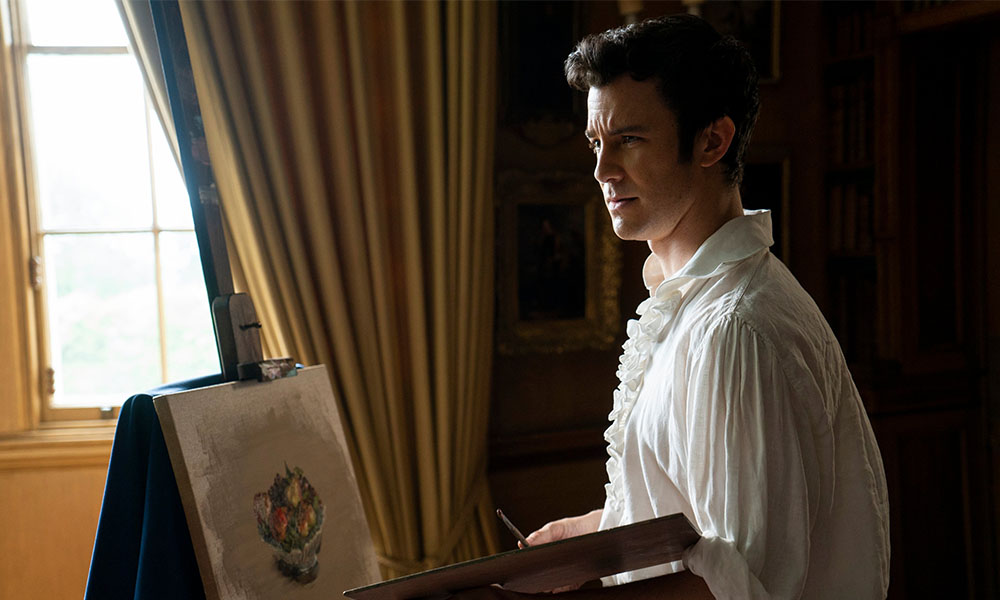 Will Benedict explore his sexuality in season three?

The second season of Netflix’s Bridgerton has been out for less than two weeks, and already fans have finished watching all eight hours worth of Regency-era gossip and scandal. Suppose Bridgerton season two taught us anything it is that Anthony (Jonathan Bailey) is a heavy breather, everyone looks better without those tiny bangs or furry sideburns, and Benedict (Luke Thompson) has some of the best scenes in the franchise so far.

With his ability to go from a teasing older brother to Eloise, to a struggling artist, to a skilled fencer, and finally, to an eloquent poet, Benedict has quickly become many Bridgerton bingers’ favorite characters. But after the first season’s events, we wondered if Benedict would continue to explore his sexuality in the upcoming episodes.

Gay Sex Scene in Season One

In season one, Benedict befriends a gay London artist named Henry Granville. While attending one of his “alternative” parties, the middle Bridgerton son stumbles upon something surprising. He opens a door and sees Granville having an affair with a man and respectfully closes the door. He later chats with Granville about his situation and is introduced to an environment free from societal constraints. Unfortunately, the LGBTQ+ plot ended here, going unexplored in season two.

As Benedict is more fluid than many members of the ton, fans are eager to see his sexuality develop. And so is Thompson.

“Benedict has such a lovely openness and fluidity about him generally, and that’s really, really fun to play because it could go anywhere,” the actor told Entertainment Weekly. “What I would say is that we’re only in season 1 and just getting into season 2.”

“People get very excited and they want everything to be explored in the first few seasons and every corner of sexuality, gender. Obviously, there’s a way to go, so we’ll see what happens with Benedict, but we’re only on season 2, so there’s lots of space for him to explore all sorts of things.” 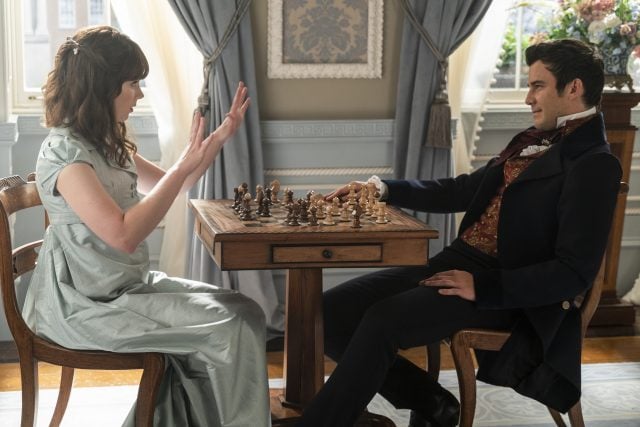 Other members of the Bridgerton team have also expressed their interest in a queer storyline, like showrunner Chris Van Dusen. He told Radio Times he would “absolutely” like to see this explored in future seasons.

“I think we did a lot of work these first two seasons as far as setting up characters for future seasons. You know, the Bridgertons are a family of eight siblings,” Van Dusen said. “And in success, I’ve always wanted the show to explore different love stories, different characters, one love story per season, for as long as Netflix will have us. […] I think Benedict, that character opens up the world to some fantastic places. I always wanted this show to be about more than just the Bridgertons and more about just what happens within the confines of Grosvenor Square.”

The second season of Bridgerton is now streaming on Netflix.