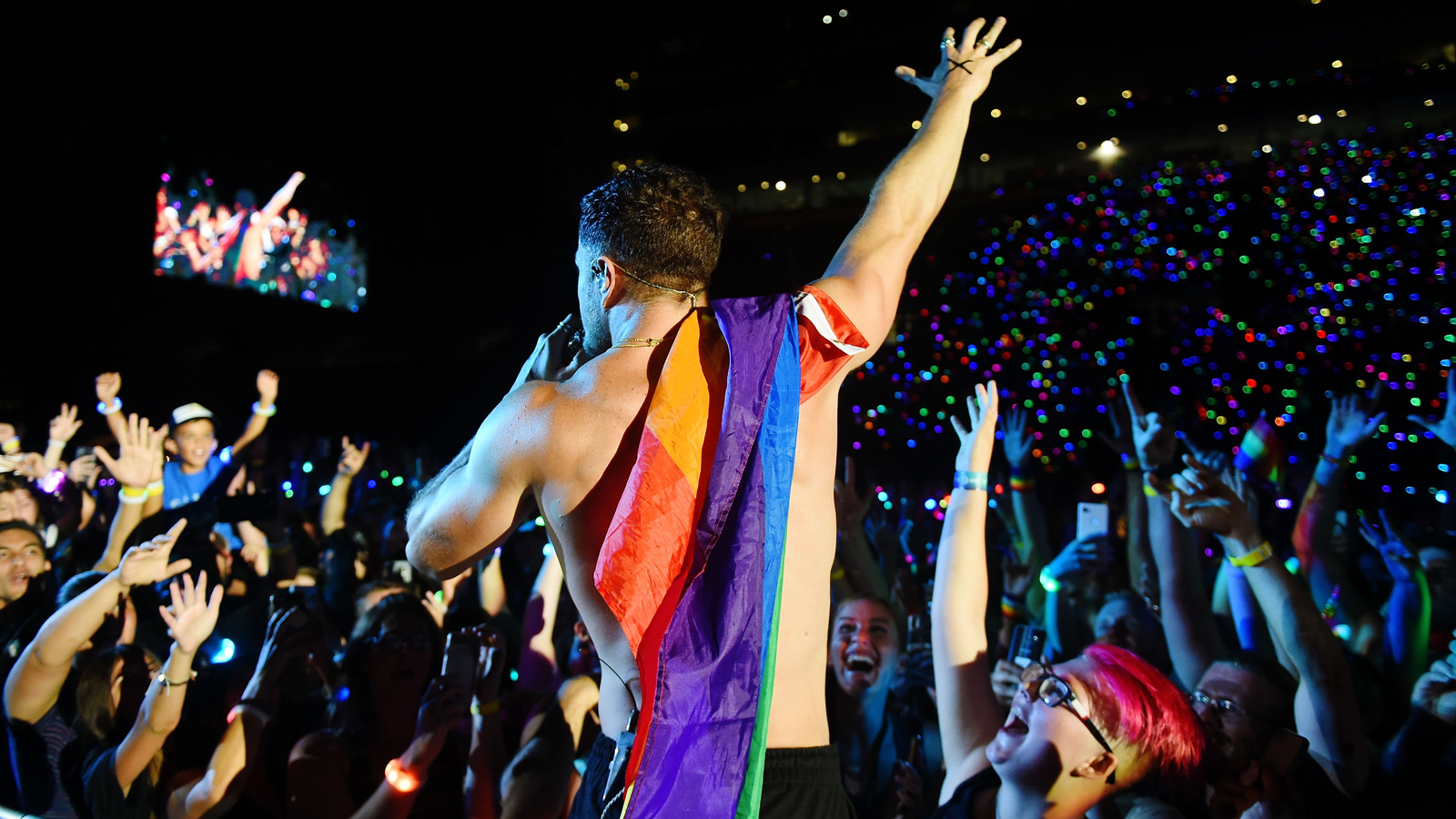 NEW YORK / LONDON, July 27 (Thomson Reuters Foundation) – With a burst of pop power, a U.S. festival in Utah is aiming to press the Mormon church to soften its stance towards lesbian, gay, bisexual and transgender youth in the church community.

Celebrities ranging from rock band Imagine Dragons to Apple Inc’s chief executive Tim Cook will be among those performing or appearing at LoveLoud festival in Salt Lake City on Saturday.

Imagine Dragons’ singer Dan Reynolds — himself a Mormon — founded the festival last year with the goal of bringing together and building acceptance of young LGBT people.

Yet the Utah-based Mormon church — known as the Church of Jesus Christ of Latter-Day Saints — opposes gay relationships, and activists are urging religious leaders to change policies that reject and exclude people in same-sex relationships.

“This isn’t rocket science: if you isolate somebody they are going to be in despair,” said Troy Williams, the executive director for Equality Utah, an LGBT rights group.

“The Latter-day Saints do have a responsibility within their own church to love and embrace their own members,” he added.

In 2015, church elders announced that Mormons entering into same-sex marriage would be excommunicated, and that their children would be prevented from being baptized into the faith.

While the church is against gay marriage, faith leaders say they are working to ensure LGBT members still feel welcome.

“We want our LGBT brothers and sisters to know that they are loved, valued, and needed in His Church,” a spokesman for the Mormons said in a recent statement posted on their website.

A spokesman for the church was not available for comment.

Ellen Kahn, head of the Human Rights Campaign Foundation’s children, youth and families program, told the Thomson Reuters Foundation that many Mormons “worry about if and how they might be open about who they are in Mormon communal life”.

Yet Williams said he was hopeful the Mormon church would change its stance and policies regarding LGBT people over time.

“I’m optimistic that as more people come out, and as more gay and trans Mormons share their stories, that minds will open and hearts will change,” he said.

LGBT rights have come under the spotlight in the United States under President Donald Trump – from battles over public restrooms and serving in the military to a court victory for a Christian baker who refused to make a cake for a gay couple.

The Supreme Court has shifted to the right following the retirement of Justice Anthony Kennedy who wrote the 2015 ruling legalizing same-sex marriage.

Retweet if #LOVELOUD has you feeling loved, proud and inspired! pic.twitter.com/Mif54i5Ygm