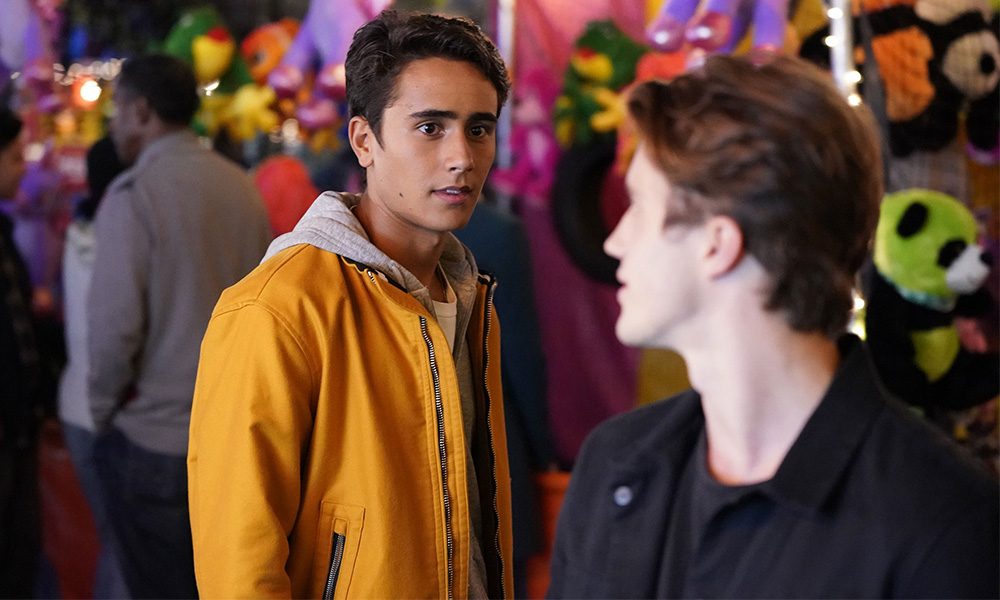 Love, Simon sequel set to debut on TV in June for Pride Month.

June is still months away and we already know what’s going to be wrapped neatly under the Pride month tree. It’s a Love, Simon spin-off!

Okay, okay, I know the word “spin-off” doesn’t exactly inspire a whole lot of confidence but let’s not turn our noses up at some more much-needed representation. If anything, it serves as a testament to the quality of the original — a Disney movie featuring a gay lead no less.

The spin-off — titled Love, Victor — will consist of ten, half-hour episodes, and will be available to stream on Hulu. If you’re asking yourself why not Disney+, we asked ourselves that very same question. According to Deadline the decision “mirrors a similar relocation from Disney+ to Hulu of another series based on a movie, High Fidelity.” They go on to say that both shows realistically portray “issues faced by young adults that may not be appropriate for families to watch with their young kids,” something Disney is very careful about.

While this show might be better suited to a platform like Hulu, I’m not so certain I’m prepared to accept that explanation at face value. Regardless, we’ll be keeping an eye on them to see if they offer their platform to — and how they handle — other more “family-friendly” LGBTQ stories.

Disney+ aside, we are supremely excited to see what more the Love, Simon universe has to offer. According to a report last year in Hollywood Reporter, Simon himself (aka Nick Robinson), will executive-produce and narrate the show.

But enough about Simon! Let’s talk about Victor. Who is she? What’s her deal?

Well, Victor will be played by Michael Cimino who celebrated the news on his Instagram on Monday. “I’m so so excited to join the Hulu family,” said Cimino, finishing emphatically by saying “THE SHOW AIRS IN PRIDE MONTH.” Much like the original, the premise is simple enough. The series will follow Victor as he arrives at our old haunt, Creekwood High School. There Victor will struggle with his sexual orientation while adjusting to the new city.

The good news doesn’t stop there, however. Possibly due to the massive success of the original, Hulu appears to be incredibly confident that this show will be a hit. So much so that they have reportedly already commissioned a writer’s room for a possible second season. Nothing is set in stone of course, but I for one would like to see this develop into something of a queer, young-adult anthology series.

So long as the writing is strong, I say the more representation the better. Keep the “Love” coming!