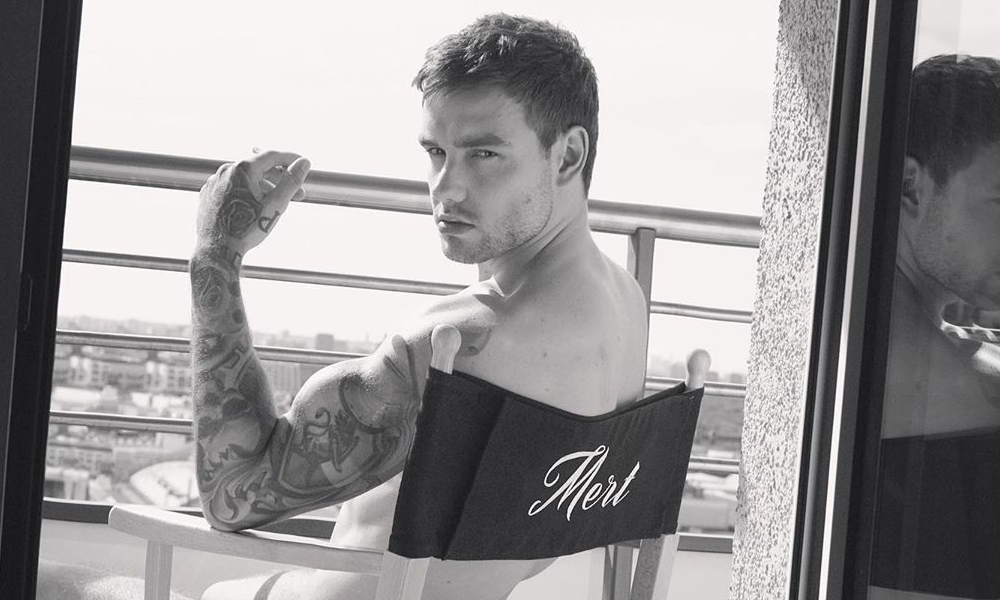 Liam Payne Takes It All off for Cheeky Photoshoot

Liam Payne is breaking the internet with his cheeky statement in a steamy new Instagram photo.

On Wednesday, the 25-year-old singer took it all off for an impromptu photoshoot. In the black and white pic, which has drawn the attention of many social media users, the crooner seats his perfectly plump rump on the photographer’s chair while serving the camera his bedroom eyes. Fans could see Payne’s toned physique and tattoos with nothing to cover the musician.

His friend humorously captioned the photo, “get off my chair @liampayne.”

Related | Ryan Kwanten Bares His Bum at the Beach

Some drew parallels between him and Kate Moss, who once sat for a similar photo with the same photographer. This comparison seemed to be a point of pride for the One Direction singer, who retweeted the side-by-side images.

Payne is slowly becoming a prominent name in the fashion industry, especially considering his collaboration with Hugo Boss. Moreover, he was recently linked to supermodel Naomi Campbell.

During spring, the Payne and Campbell repeatedly made flirty remarks on one another’s social media profiles and were seen together at various events. However, the affair ended before they could enjoy a summer fling.

For now, Payne seems delighted with the single life. He’s currently focused on being a father to his son, Bear, and discovering who he is as a solo performer. He said in a recent interview, “I want to make a really amazing album that’s not, like … ‘important,’ but something that people really get into. Something that makes certain people feel a couple things. I think that would be the best thing for me. I just want to make people move, if that makes sense?”

Liam Payne Takes It All off for Cheeky Photoshoot