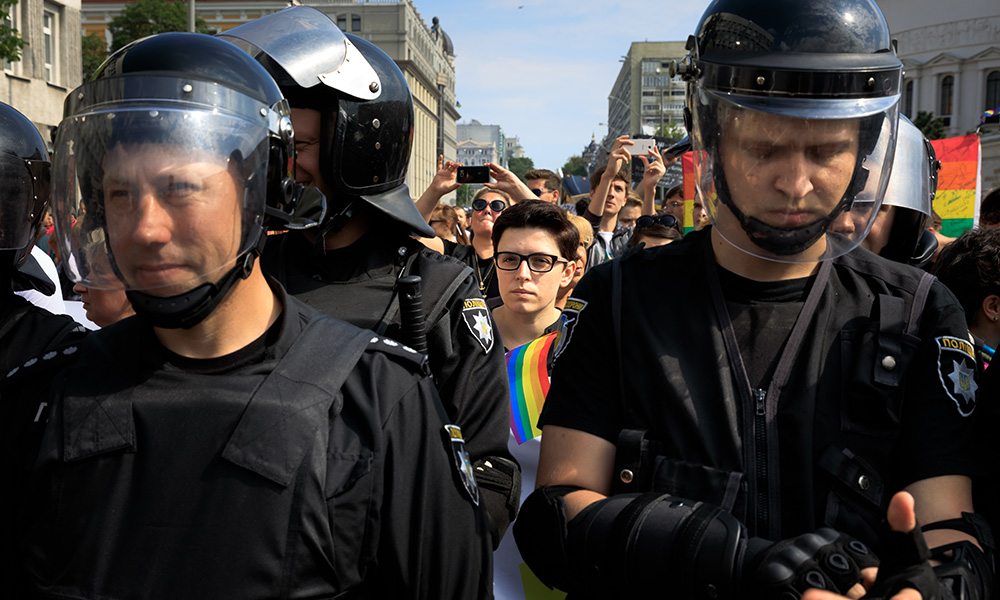 When it comes to LGBT human rights, most countries drop the ball.

June is Gay Pride Month, but the sobering reality is that most countries, including the U.S., do not protect sexual minorities.

From persecution to protection

The Franklin & Marshall Global Barometer of Gay Rights (GBGR), started in 2011, ranks countries based on 29 factors that quantify how much a country protects human rights.

It looks not only at constitutional protections, but also societal indicators, political opinion, civil society and economic factors. For example, we look at whether the majority of citizens are accepting of sexual minorities and if gay rights organizations can peacefully and safely assemble.

Countries are then graded on a five-point scale, from F (“persecuting”) to A (“protecting”).

The extremes are stunning. In 2017, 23 countries have legalized same-sex marriage, yet 71 countries still criminalize same-sex acts.

Iran, Saudi Arabia, Somalia, Syria and Yemen score lowest on our scale, with an overall GBGR score of 3 out of a possible score of 100, while Luxembourg, Malta and New Zealand score highest, with 100 percent. A score of 100 percent doesn’t mean a country is perfect in its treatment of LGBT individuals, but it does mean they protect LGBTQ rights.

South America shows the most striking variation in protection or persecution of sexual minorities. Uruguay is a leader in protecting sexual minorities, as the second South American country to legalize same-sex marriage in 2013, preceded by Argentina in 2010. Meanwhile, gays are largely not legally protected in Paraguay, Peru or Bolivia.

The African continent has the least variation. Every country, with the exception of South Africa, is considered a persecutor. Although South Africa is one of the first countries to approve same-sex marriage, in 2006, it resists assuring LGBT human rights – particularly in the violence toward sexual minorities, such as “corrective rapes.”

How do we account for such variation between countries and regions?

Our initial findings suggest that higher income, lower rates of religiosity, higher life expectancy, a higher freedom rating by nonprofit Freedom House and having a democratic political system are the best predictors of how much a country respects or abuses the rights of sexual minorities.

This suggests that a country’s attitude toward gay rights is strongly related to its level of socioeconomic development, political development and religiosity. That makes the U.S.‘ low score an even greater anomaly.

The US lags behind

While the U.S. Supreme Court upheld the right to same-sex marriage in 2015, we do not consider the U.S. a nation that’s protective of gay rights.

We class the U.S. as “rights-resistant,” putting it in the same category as nations like Albania, Cyprus, Estonia, Hungary, Italy, Mexico and South Africa.

Examples of resistance to gay rights are abundant in the U.S. For example, last year in Mississippi, a Picayune funeral home refused to provide cremation services to a gay man because “we don’t deal with their kind,” and claimed a right to refuse service based on religious freedom.

As a nation, we found the federal government falls short on workplace and housing protections and joint adoption rights for sexual minorities. As a society, hate crimes against sexual minorities are a persistent problem.

Some may believe the U.S. is accepting and supportive of sexual minorities, but the reality is that we are behind most developed nations, which consistently earn a protecting or tolerant grade.

Americans tend to believe that individual rights and freedoms are more important here than they are in any other nation in the world.

Yet even though global trends indicate an overall improvement in GBGR scores, incidents like last year’s Orlando shooting underscore the unfortunate reality that the world, even the U.S., is far from a safe place for sexual minorities.

Our tool is a reminder of how far we have to go as a nation to secure basic human rights for our own sexual minorities.