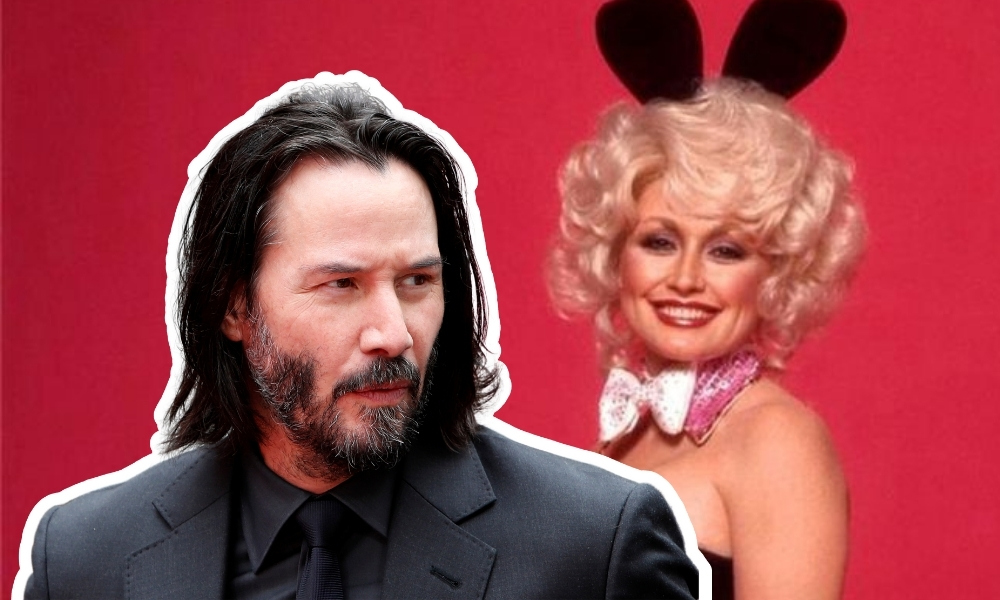 If you didn’t already love The Matrix star, get ready to love him even more. Keanu Reeves recently sat down on Red Table Talk with Jada Pinkett-Smith, where he got candid about his love of the “Jolene” singer.

While answering fan questions, he got candid about one of his Halloween costumes.
“My mother was a costume designer and she made some costumes for Dolly Parton, and she once did the cover of Playboy,” he said. He was referencing the iconic photo of Parton wearing a black bodysuit with bubble-gum pink accessories.

“And I guess she didn’t take that home,” he continued. “And so we had it, and it was Halloween. So I put on the ears and the bustier. I wore sneakers with fishnet stockings and a bow tie. I had some pretty long hair. I was Dolly Parton’s Playboy bunny.”

Other’s pointed out some of Parton’s good energy might have worn off on him after he wore it.

It was then that he became imbued with her superpowers — intelligence, kindness, humility, decency, respect.

Parton recently re-created the iconic look in July for her husband’s birthday. “Remember some time back, I said I was going to pose for Playboy magazine when I was 75? Well, I’m 75 and they don’t have a magazine anymore, but my husband always loved the original cover of Playboy, so I was trying to think of something to do to make him happy,” she shared in a video. “He still thinks I’m a hot chick after 57 years — and I’m not going to try to talk him out of that.”