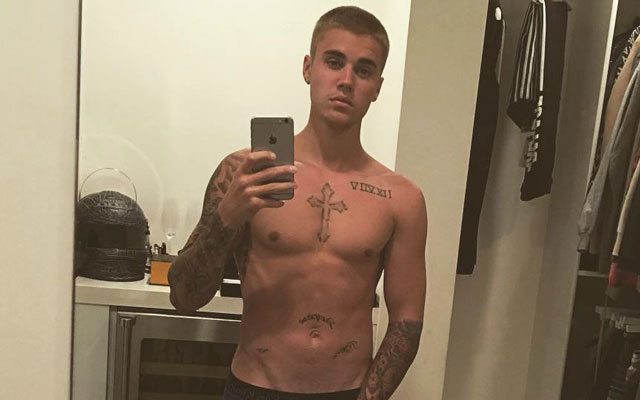 Just Bieber has been gay-baiting fans for years, but apparently, he lacks the courage of his convictions (unlike fellow baiters Nick Jonas and James Franco).

According to Page Six, Bieber was offered the role of a young pop star in the upcoming film Uber Girl — a script that’s making the rounds in Hollywood. However, he refuses to do it unless a same-sex love scene is taken out.

Related: Justin Bieber Takes Us on a Tour of His Tattoos

“He will not take the part unless the sex scene with him and one of the male backup dancers is taken out of the final script,” co-writer Pete O’Neill said.

“Uber Girl” is a coming-of-age story for millennials and is represented by Lighthouse Entertainment with Cinema Epoch looking for a major studio to co-produce. Seeing that the Biebs hasn’t had any genuine opportunities to show his acting chops, you think this was a good idea?

With countless nude selfies and ass teasing on Instagram, it seems that Bieber has already been having loads of gay sex — with himself.