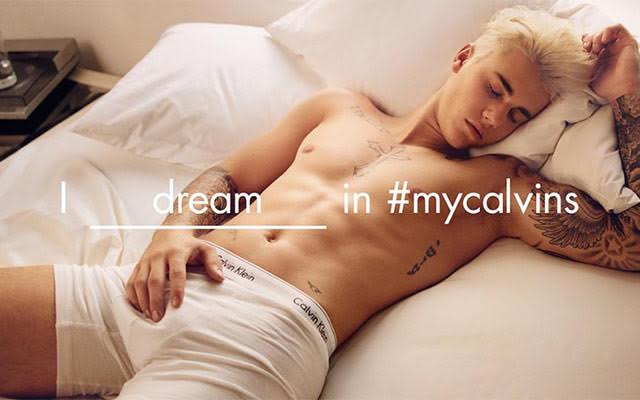 As you know, Justin Bieber likes to show off his body and, in the last year, he (unknowingly) bared it all. Following in Mark Wahlberg’s footsteps, Bieber stripped down to pose for Calvin Klein.

You’re probably thinking, “I’m so sick of Bieber.” But, you have to hand it to the guy — he looks like a Greek God in the new CK campaign.

Back in bed with @justinbieber. As feat. in the S16 global ad campaign photographed by Tyrone Lebon. #mycalvins pic.twitter.com/03UZf0Rf0j

Bieber took to Instagram to “flaunt” in his Calvins, and Calvin Klein tweeted a dreamy pic of the 21-year-old pop star lounging in bed, lightly stroking his package. Yes, we’re over the Bieb’s immaturity, but we can wait for more photos from the Calvin Klein 2016 campaign.