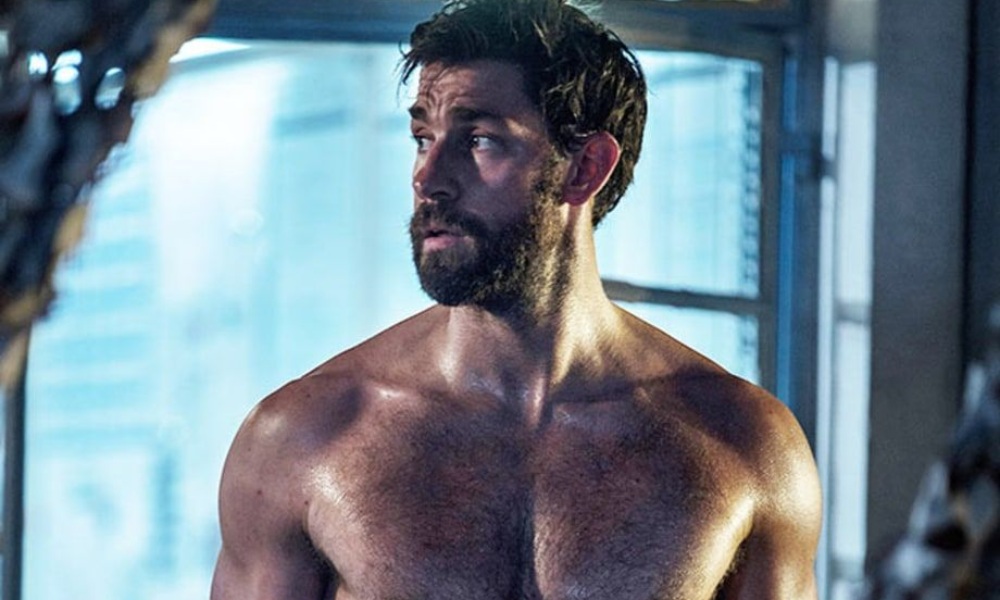 Honestly, we had zero interest in watching Amazon’s newest original series Jack Ryan. But, after Krasinski’s revealing scene for the streaming network, we’re adding this action-packed drama to our queue, stat.

Krasinski, best known for his comedic role on The Office, is taking a dramatic turn and baring his buns as CIA analyst Jack Ryan, a character previously brought to life by Chris Pine in the 2014 feature film Jack Ryan: Shadow Recruit.

The show’s synopsis reads: “Up-and-coming CIA analyst Jack Ryan is thrust (John Krasinski) into a dangerous field assignment for the first time; he uncovers a pattern in terrorist communication that launches him into the middle of a dangerous gambit with a new breed of terrorism.”

Sounds exciting enough, right? Well, they failed to mention Kransinski would be showing off a total body transformation.

Take a look at a few of the steamy stills here.

Jack Ryan premiered August 30, 2018, and can be streamed in its entirety on Amazon.