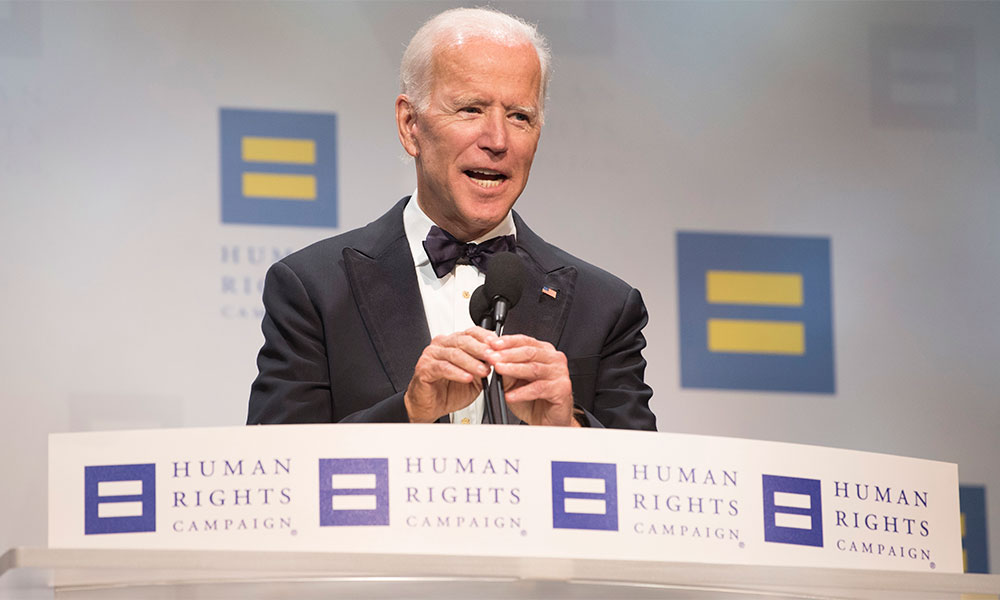 Joe Biden equated homophobia to the cancer that stole his son’s life.

While speaking at the Human Rights Campaign’s National Dinner in Washington on Saturday night, the former Vice President of the United States addressed the “terrible disease” that took his son Beau and declared confronting homophobia as important as fighting cancer.

“My son felt so strongly about this, and Jill and I do,” he stated.

“This is a disease and a plight on America, this disease of homophobia. But we can end it. We can save my grandkids, my great-grandkids, and thousands and thousands of Americans, and the rest of the world will repair to the American standard.”

Biden has been an advocate for of LGBTQ rights for a long time, but he acknowledged during his speech that he regrets not supporting marriage equality sooner.

“I would not affirmatively make the case [for marriage equality], but if I was asked, I would not remain silent,” he continued. Biden first publicly defended same-sex marriage in May 2012, which he recognized was “very late”.

Biden also took a couple jabs at President Trump, referencing the “forces of intolerance” that are “determined to undermine and roll back the progress” LGBT activists have made.

“Instead of using the full might of the executive branch to ensure justice, dignity and safety for all, the president uses the White House as a literal bully pulpit, callously exerting his power over those who have little or none,” he continued.

Watch his speech in its entirety below.