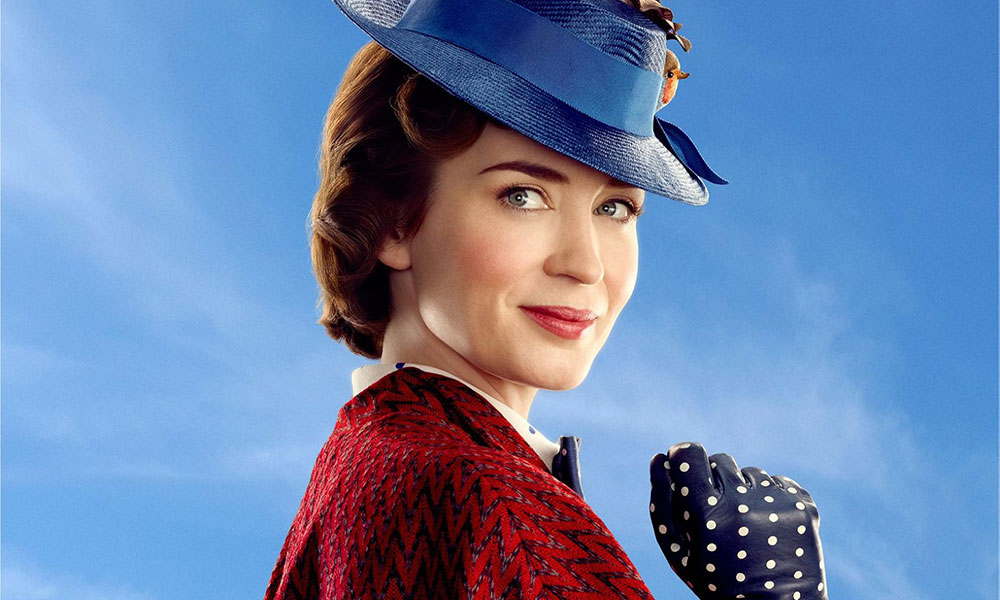 On Monday, Disney released the official trailer for Mary Poppins Returns, and Emily Blunt is supercalifragilisticexpialidocious.

Blunt took on the role that Julie Andrews made famous in the eponymous 1964 classic. The film takes place in London 25 years after the events of the original movie. In the highly anticipated sequel, Poppins returns to help the next generation of Banks children after they experience a terrible loss.

“You seem hardly to have aged at all,” Michael Banks (Ben Whishaw) tells Poppins, who replies, “Really? One never discusses a woman’s age, Michael.”

“It’s a good thing you’ve come along when you did, Mary Poppins,” says Lin-Manuel Miranda as a street lamplighter named Jack.

Mary Poppins Returns flies into theaters on Dec. 19. Watch the trailer below.