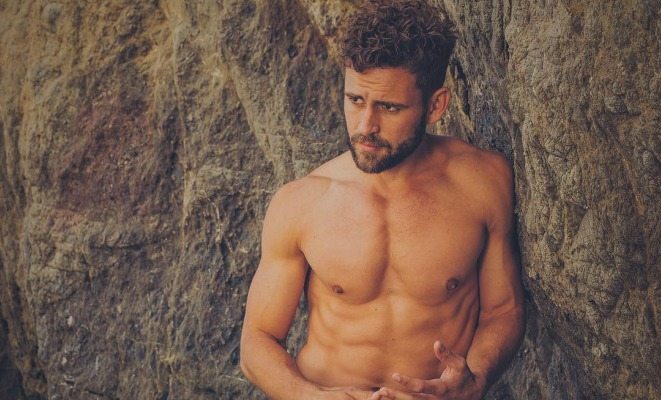 At this point, Nick Viall (35) has had several opportunities to find love. He has already appeared on two seasons of The Bachelorette and a season of Bachelor in Paradise but has yet to meet his life partner.

No scarves, no bracelets, no shirt. 2 days till things get aggressive in Paradise!! #paradise #bachelorinparadise ?: @abe.bermudez

ABC decided to give Viall another shot at love and announced him as the new Bachelor for season 21. In a recent promotional clip for The Bachelor, Jimmy Kimmel revealed the reason Viall’s having trouble finding love — he’s gay.

The talk show host asserts that after dating countless beautiful women, “if he can’t find love, this time, Nick is gay.” Although it’s obviously a joke, there could be a grain of truth in the allegations.

Viall has a chiseled body, leading-man good looks, a horde of adorable ex-girlfriends, and an Instagram feed full of his hot friends. If he doesn’t find love, this season, Viall should reach out to Logo to help him find prince charming.