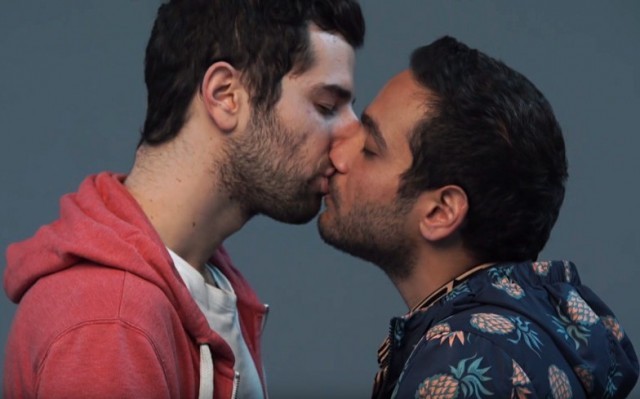 Banning books, unfortunately, isn’t anything new. But when it happens, it’s nice to see people standing up for their right to expression. And that’s exactly what Time Out Tel Aviv, an Israel-based news outlet, decided to do in response to the Israeli Ministry of Education’s decision to ban a novel depicting a romance between a Jewish woman and an Arab man.

How, exactly, did they respond?

They asked Jews and Arabs, both straight and gay, male and female, to kiss. A simple kiss. It’s awkward, it’s touching, it’s important.

Watch the video below. What would you do to break down walls in your community?