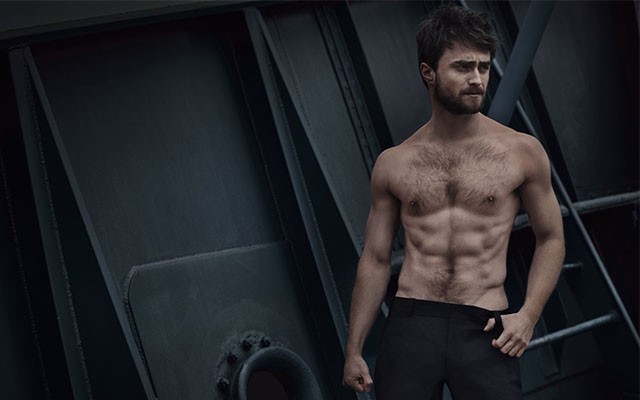 As you know, Daniel Radcliffe was voted Best Read of the Year 2015, and he addressed his win in a recent interview with Vanity Fair Italia. The excerpts below were translated from Italian by OUT magazine.

On his “Best Rear of the Year” title:

“My girlfriend was the first person to inform me of my ‘victory’. She sent me a text, teasing me. I personally find it a bit strange: I never showed my butt once last year! But I’m grateful to those who voted, I’d be extremely flattered to be considered again next year.”

On the success of the Harry Potter franchise:

“Each Harry Potter film was better than the next, and the last one was the ultimate best. It’s the way they were produced that made a difference: The movies made tons of money, but it cost as much money to make them. Today, as soon as a producer finds out that a franchise works, they think that the audience will go see the whole saga regardless, but they don’t invest in improving it.”

In addition to the interview, Radcliffe did a beautiful photo shoot with the magazine. You can read the entire interview (if you speak Italian) and view the photos here.