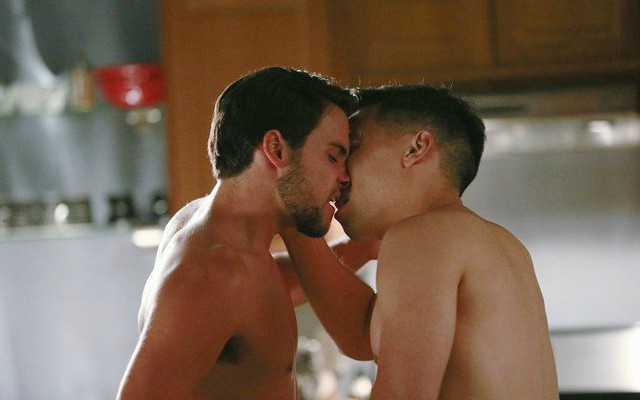 Shaving. Baby oil. Make up. Everything you need for a steamy sex scene. Well, at least on TV. Jack Falahee (who plays sexy gay hunk Connor on How to Get Away With Murder) recently live tweeted the extensive preparation process for one of his (now infamous) gay sex scenes.

I'm putting a cock sock on to film a scene and all 4 of my grandparents are still alive.

The amount of make up and baby oil to do a naked scene.. I did not wake up like this. #nude #mybody #bodyimage

It’s clearly not as sexy in real life as it is onscreen. But Jack certainly puts on a show! Make sure to check out new episodes of How to Get Away with Murder this Thursday, February 11.

Tattoo cover up for my nude scene.