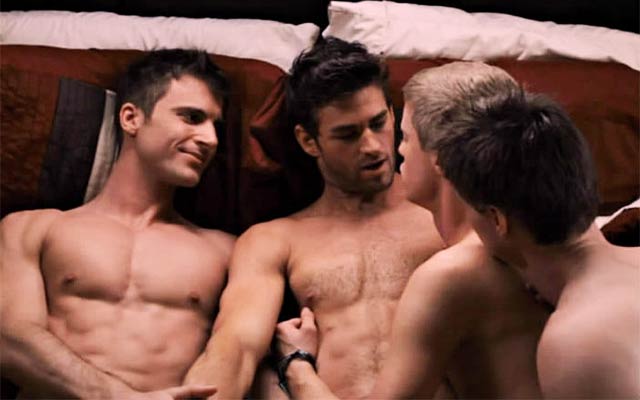 With gay relationships in particular, we don’t need to worry about getting our partner pregnant. When we commit, most of the time it’s not because of a responsibility to raise a child; it’s because we want to. We decide that this man is worth it. We love him and we don’t want to hurt him. Not saying this isn’t also a reason why straight men commit to their mates but it’s very clear that in a gay relationship, you have less to lose so commitment becomes more of a choice rather than an investment.

Why does monogamy exist? Whatever your opinion on the matter is, studies do show that it’s very good for people and society. A study published in Philosophical Transactions of the Royal Society said that it reduces crime, leads to gender equality, improves children’s well-being, raises self-esteem and confidence, and even helps people heal from diseases faster due to a heavy dose of optimism their man (or woman) may provide. We hear all the time that life is better shared. Perhaps it actually is.

Related: The Difference Between Gay and Straight Guys

On the other hand, there are plenty of gay couples in the world with open relationships, and most of them say it tightens their bond. When researchers studied it further, they discovered it enhanced both their physical and mental health. A study conducted through Hunter College surveyed more than 800 gay and bisexual men in New York City. The guys who said they were in “monogamish” pairings showed lower rates of depression when compared to single gay men, and higher rates of life satisfaction than singles or guys in closed relationships.

The bottom line is this. Monogamy is a construct that may or may not be innate within our nature, but it’s still thought to be a necessary tool for social order. Human beings have evolved by being able to distinguish our strengths and weaknesses. Survival of the fittest is the reason why we’re still here. When we ban together, we’re much stronger. Could monogamy have been the byproduct of our success? Or is it the consequence of our success?

Related: Are Millennials the Gayest Generation Ever?

Personally, I can’t see myself with a man who wants to be in a monogamish relationship, though I can understand the appeal. The body wants what the body craves, but there’s something beautiful about commitment. It enhances our value and worth inside our heads, but there’s also no question that people in open relationships must undoubtedly trust their partners even more so than those in committed ones. They feel secure – something people in monogamous relationships might not feel as strongly.

Love it or hate it, all relationships are different and make up their own set of boundaries. So long as your happy, it doesn’t matter whether monogamy is natural or man-made because one thing is certain: LOVE has no rules.

David Artavia is an actor and writer from New York City. He loves living vicariously through his friends. Follow him on Twitter and Like his Facebook page. This article was originally published on GayGuys.com.