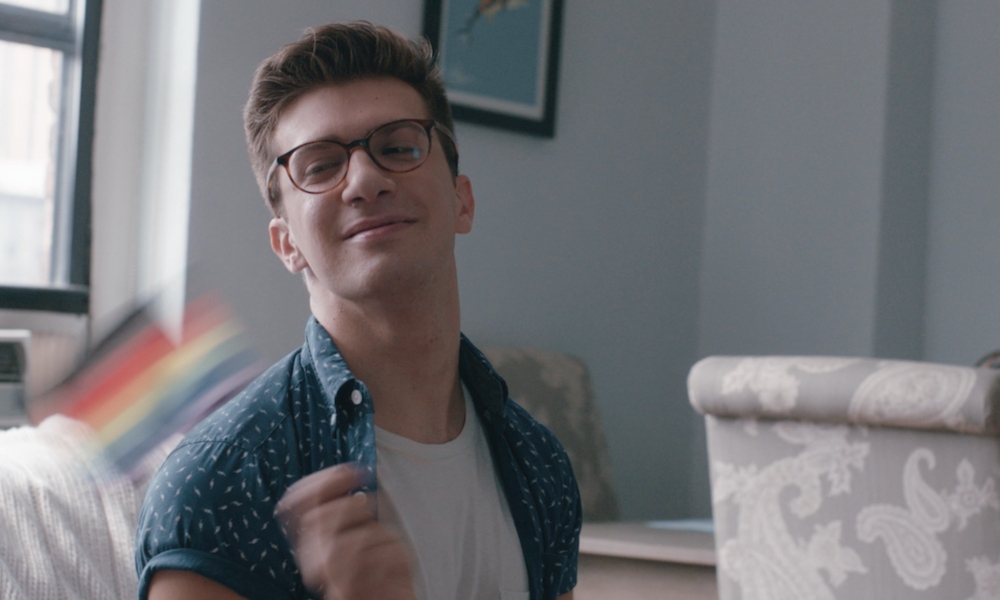 ‘Interested In’ Is Officially Coming Back for Season Two

The popular queer series Interested In is returning for season two!

Interested In is an original coming-of-age series about recently out college student, Parker. The show follows his journey as he navigates the queer dating scene in Philadelphia and begins to find himself after “the closet.”

Interested In season one was an official selection at nine film festivals — including a screening at the world-famous Castro Theatre at Frameline Film Fest. The series premiered on Amazon Prime through Dekkoo, and is now available on YouTube; you can watch it here.

Written by Michael Witkes and directed by Blayze Teicher, Interested In is currently raising funds for Season Two through Seed&Spark. This crowdfunding stage provides an amazing opportunity for you to get in on the action and even join the cast.

In a press release, Witkes elaborated on his goals for the project: “My mission for Interested In is to portray a character learning to love himself after years of suppressing his sexuality. The series emphasizes life directly after the closet and explores intimacy in our one-night stand dating culture.”

He continued: “Coming out was always presented as the end of the journey, but it’s actually such a confusing time. It’s so heartwarming when people connect to the show, and reach out with stories of their own self-discovery. I’m exciting for Parker to settle into his identity in Season Two!”

So far, the project has raised nearly $13,000 of its $15,000 goal, and its supporters get access to some really amazing perks. To learn more about how you can be part of Interested In, head over to its Seed&Spark page.

If everyone who sees this tweet pledges $2, #InterestedIn will hit its goal of $15,000 today! To pledge, head over to their @seedandspark page 👉 https://t.co/AJboviiTN8 #gaytwitter https://t.co/lbvhE8MZnn pic.twitter.com/McaspjeDTe

‘Interested In’ Is Officially Coming Back for Season Two