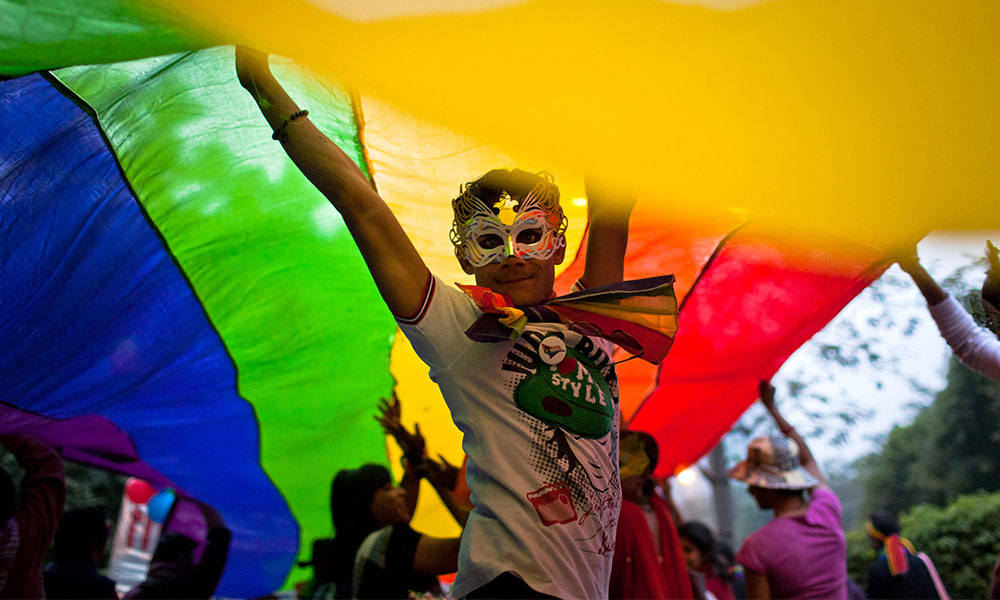 How India Wrote Love Into Law as They Legalized Gay Sex

How Indian judges wrote love into law as they decriminalized gay sex.

What does it mean to love in law? On Thursday 6th September, my social media feeds lit up with heart emojis, #lovewins hashtags, and status updates expressing love in response to the Supreme Court of India’s unanimous decision to decriminalize gay sex. There was a collective sigh of relief as the court lifted the weight of criminality from those who lived in the shadow of India’s law criminalizing homosexuality, specifically section 377 of the Indian Penal Code 1860 – a vestige of British colonialism.

Section 377 criminalizes “carnal intercourse against the order of nature”. Broadly drafted, the law codifies Victorian morality to criminalize a range of consensual and non-consensual (“unnatural”) sexual behaviors, including homosexuality, bestiality, pedophilia, and rape. While very few people were prosecuted for same-sex sexual activity under the criminal law, it left sexual minorities vulnerable to extortion, harassment, and abuse. Thursday’s decision means that gay sex is now excluded from its reach.

In 2001, the Naz Foundation, an organization working to end HIV/AIDS, petitioned the courts to “read down” the law to exclude consensual sexual activity between adults. The Delhi High Court agreed, and held that criminalizing gay sex violated rights to equality (Article 14) and privacy/liberty (Article 21) guaranteed by the Indian Constitution. However, the Supreme Court overruled this decision in 2013, holding that only parliament could change the law.

This protracted litigation history culminated last Thursday, when a newly constituted bench of the Indian Supreme Court repudiated their previous decision and decriminalised gay sex. And it did so with an endearing emotional depth.

Chief Justice Dipak Misra observed that punitive laws eroded the “right to choose without fear” a partner and realise “a basic right to companionship”. Citing one of the court’s prior decisions about privacy, he noted: “The rights of the LGBT community inhere in the right to life, dwell in privacy and dignity and they constitute the essence of liberty and freedom.” In his view, the constitution is a way to nourish individuals – “the painting of humanity” – a document that could not only protect their affective and intimate capacities, but actually help cultivate them.

Related | 10 Countries That Will Punish You for Being Gay

Justice Rohinton Fali Nariman, meanwhile, explored the transnational/colonial legal histories relating to the criminalisation of homosexuality and concluded the law was “capricious and irrational”. For him, decriminalising gay sex should be part of a broader public awareness campaign to “eliminate stigma” against LGBT people. In a concurring opinion, Justice Dhananjaya Yeshwant Chandrachud combined critical theory with legal analysis to hold that the Indian Constitution obliged the court to end the “anguish of closeted identities”. Justice Indu Malhotra added that LGBT people deserved an apology for the delay in redressing their suffering.

The justices’ poetic flourishes clear the path for future courts to recognize LGBT (and possibly intersex) rights in areas like employment, education, and family. Justice Misra held that sexual minorities should live without fear or shame when expressing their intimacies in public. Justice Chandrachund cited queer scholars such as Ruth Vanita and Eve Sedgwick to deconstruct how social norms make heterosexuality and binary gender appear natural while making sexual and gender non-conformity “unnatural”. 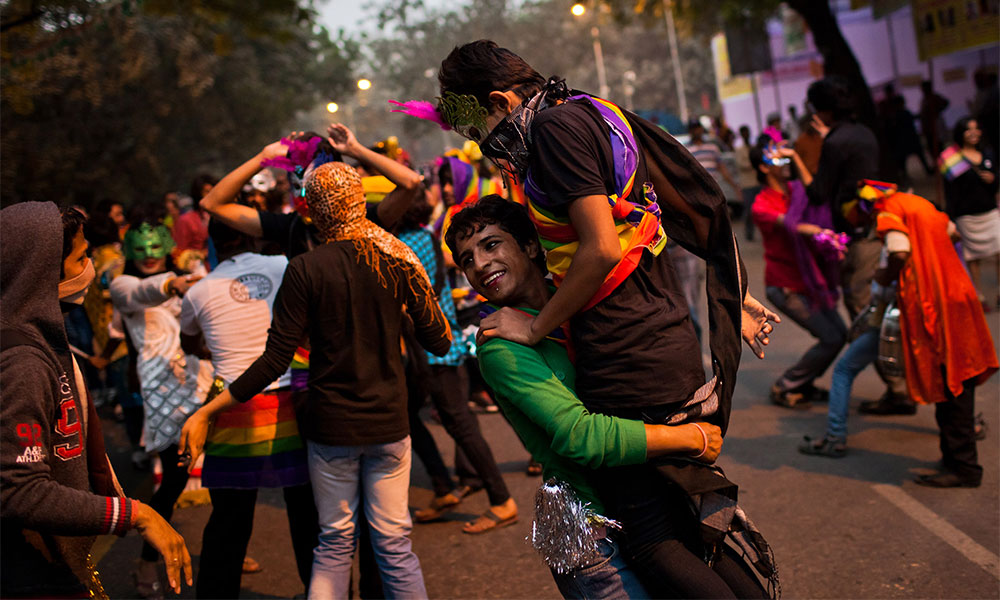 Is love the path to justice?

Together, these judgments go further than comparable jurisprudence in the US and UK, which confine same-sex intimacy to the bedroom. As Justice Chandrachund made abundantly clear, the Indian Constitution “protects the fluidities of sexual experience” and sexual minorities must be able to “navigate public places on their own terms”.

To be sure, the court’s exhortations of love are not without their problems. Justice Misra qualified that public expressions of homosexuality should not be “indecent” or “disturbing” to public order. But at what point does an expression of intimacy (such as two women kissing in public) cross the line between acceptable and offensive? Justice Malhotra also held that the ruling would not be retrospective, so people unjustly convicted under Section 377 were left without an effective remedy.

Then there’s the court’s optimistic insistence that India’s “magnificent constitution” guarantees a future free from class or identity-based discrimination. Such powerful statements risk glossing over socio-economic factors (such as poverty and homelessness) that lie beyond the reach of judicial decisions. It will take more than evocative rights statements to create a discrimination-free future for Dalits, widows, those living with HIV, trans people, intersex infants, and sex workers. Progressive jurisprudence may promise too much when India’s social and political atmosphere (the government took no position on this case) remains inhospitable for marginalized people.

Nonetheless, the court’s decision to decriminalize homosexuality is incredibly heartfelt and vindicates the dignity of LGBT people. It is difficult to overstate how these legal expressions of love inspire human rights change more widely across India (and abroad). As the Indian sociologist Anjana Raghavan has explained, a politics of love built on vulnerability, reflection, and solidarity can enrich communities everywhere.

Senthorun Raj is a Lecturer at Keele Law School at Keele University.

How India Wrote Love Into Law as They Legalized Gay Sex