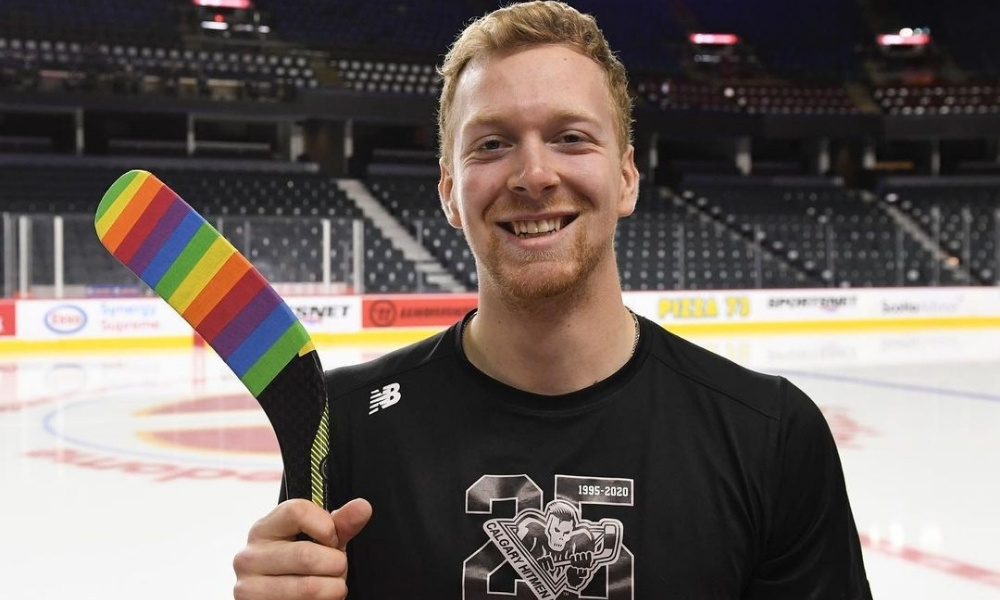 Hockey Player Luke Prokop Had a Backup Plan For Coming Out

Hockey Player Luke Prokop is opening up about coming out.

Luke Prokop recently became the first player to sign a contract with the National Hockey League as an out gay man. Before coming out, Prokop chased his dream of playing in the NHL, but he says he had a backup just in case his loved ones and teammates rejected him for his queer identity.

In the first episode of Breaking Ice, the now 19-year-old said he started questioning his sexual identity at 14. Prokop stated that during his self-discovery journey, he came up with a backup plan in case he wasn’t accepted when he came out publicly.

“I had envisioned myself somewhere in the United States and with my partner,” he admitted. “I wasn’t playing any sports, without my family or my friends in it, which I think was one of my darkest moments that I had held on to for, you know a couple of years.”

Prokop’s one problem is that he says he’s “a very open book,” so he couldn’t hide his feelings for long.  This became especially difficult during the pandemic, during which he found himself growing very close to his family.  During one conversation with his sister, Prokop says “she could tell something” was upsetting him. “And then there was kind of like this, just like an awkward silence and I started to break down I got really emotional and, you know, I finally just told her like ‘Alana I’m gay.'”

Prokop said his sister’s positive reaction fueled his confidence to come out to more people. In July, he took to Instagram to come out publicly, making him the first hockey player under NHL contract to come out.

Prokop said the reaction was positive, and since then, he’s been focused on his hockey career. “I think there’s a lot of opportunity in the game of hockey right now,” he admitted. “I mean, it’s only I think a matter of time before someone else comes out as well.”

Hockey Player Luke Prokop Had a Backup Plan For Coming Out