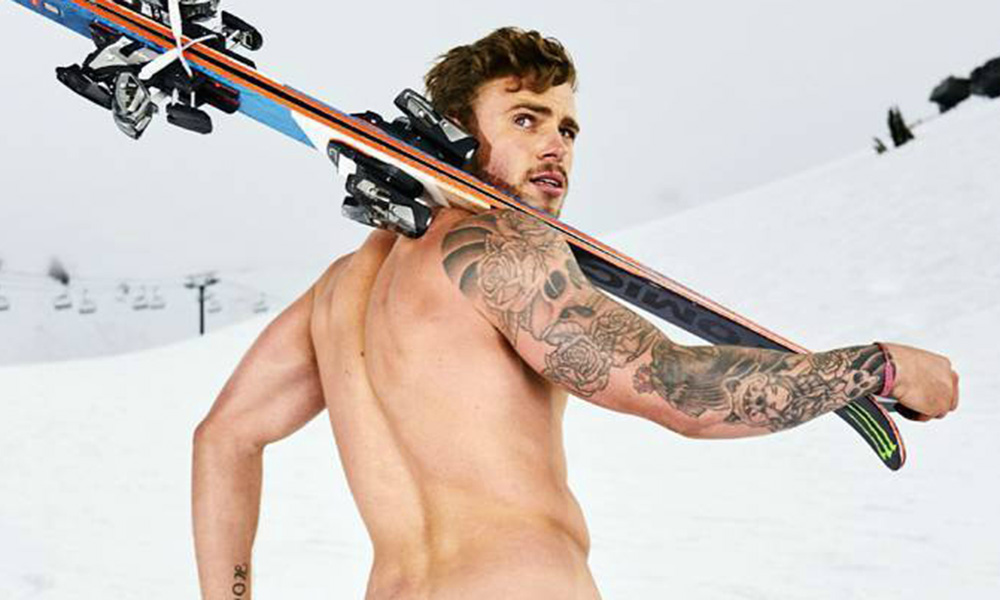 To ring in the New Year, openly gay Olympic medalist Gus Kenworthy shared an outtake from his shoot for last year’s ESPN Body Issue. In this super-suggestive shot, the British-born American freestyle skier flaunted his asset.

In the photo, the snow stud ascends a snow-covered mountain completely buff. Showing off his brawny body, Kenworthy scaled that slopes like a bald yeti.

The 26-year-old hottie captioned the photo: “Looking back at 2017 like… Outtake from my @ESPN Body Issue shoot with @benlowy! Happy New Year everybooty!!!”

In December, the Telluride native made a bold announcement. He stated that he has no intention of meeting the 45th President of the United States following the 2018 Winter Olympics in PyeongChang, South Korea.

Kenworthy told TIME magazine: “I have no interest in faking support. I don’t want to go shake his hand.”

“That is just a direct attack on the LGBT community,” he stated. “It shows more courage to leave the house as a trans person than Trump has ever had to show.”

“I don’t think I could have ever come out as a gay athlete 30 years ago and expected to be successful in my sport,” said Kenworthy. “My story’s indicative of change.”

Last October, Kenworthy opened up about his first year as an out athlete, reflecting on being able to bring his boyfriend to public events.

“While competing I got to, finally, acknowledge my boyfriend standing at the bottom of the half-pipe cheering me on; something I regrettably failed to do in my previous 5-year-long closeted relationship,” he said.

The 2018 Winter Olympics will be Kenworthy’s first Games as an openly gay athlete; he came out in an interview with ESPN in October 2015.