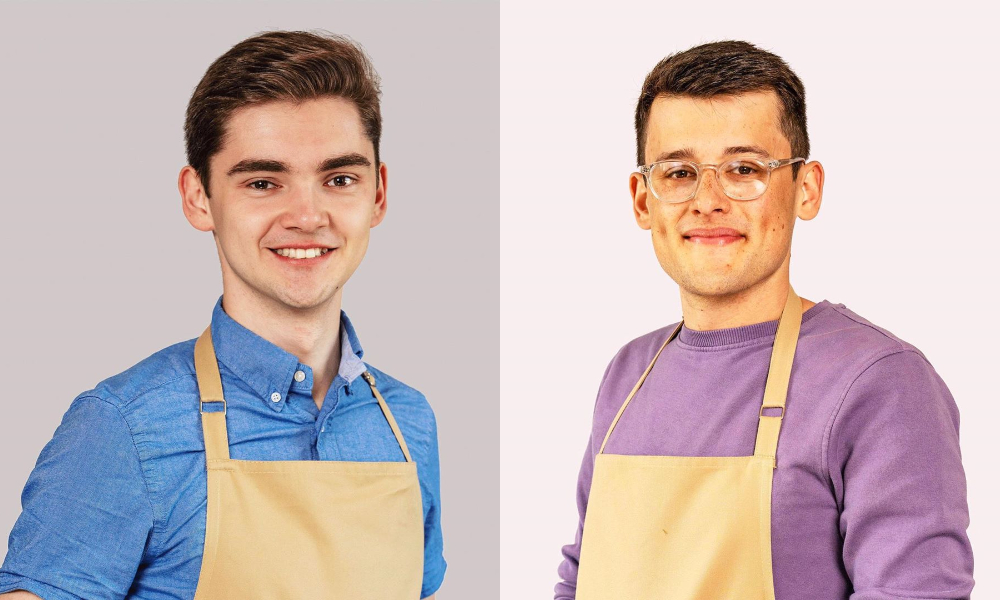 This season of The Great British Bake Off  has been chock-full with relationship rumors.

Observant fans first assumed that contestant Henry Bird, who was eliminated in the eighth week of the competition, was dating finalist Alice Fevronia. The duo posted a batch of photos together on social media and was seen hugging during Pastry Week.

But, soon after that, Fevronia posted a mysterious caption on Instagram that fans believe cleverly answered the Bird dating rumors.

Now, fans are convinced that Bird is really seeing another Bake Off contestant, Michael Chakraverty, who was booted off the show in week seven.

The rumors started when Fevronia posted a photo on her Instagram story of Bird and Chakraverty making brownies together. She captioned the post “BAE-ke Off.” Bird, a 20-year-old English Literature student from Durham, and Chakraverty, a 26-year-old theatre manager and fitness instructor from Scotland, look adorably content in the photo.

Fans connected this new photo to one of Fevronia’s earlier posts. The image showed fellow Bake Off competitor David Atherton kissing her on the cheek, while Bird did the same to Chakraverty. Fevronia captioned the photo, “But how many couples can you see…?”

Although Bird and Chakraverty have yet to confirm a romance, fans on Twitter are 100 percent here for it.

Elio and Oliver want what Henry and Michael have. pic.twitter.com/J5SPD5ZcGD

platonic or romantic who cares….. i want what henry and michael have 💔💔💔💔💔 pic.twitter.com/lTGreqHbfB

Henry and Michael baking together like a young couple in love. @mschakraverty @henryfabird this the cutest thing I’ve ever seen my darling boys. ❤️❤️😍🥰😍🥰 Best thing to come out of Bake Off 2019! @BritishBakeOff #GBBO pic.twitter.com/qr4MTuSAB9

The Great British Bake Off finale premieres tonight at 8 p.m. on Channel 4. With all the eliminated bakers set to reunite for the denouement, keep your eyes peeled for any Bird-Chakraverty action.