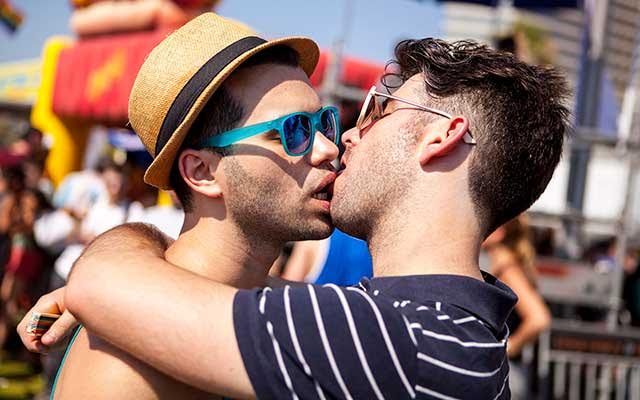 There comes a time in every gay man’s life when someone asks him, “if you could, would you choose to be straight?” It’s a perfectly acceptable and logical question. If gay men could snap their fingers and avoid discrimination and violence, why wouldn’t they?

VICE asked several gay men if they would choose to be straight and their responses could surprise you. The participants ranged in age from 21 to 50 years old and provided sincere replies.

Here are three of our favorite responses:

I talked about this once with a friend, who said he would get the injection that made you straight if it existed. I think if I had the choice, I wouldn’t really want to be straight. It would definitely be exciting to try it out for a week, but I think I would get bored quite fast. I think there is a reason for everything, and if I’d been straight from the beginning, I may have had an easier childhood but also no sense of humor—or wouldn’t be able to take criticism as well today. But who can even say that!

Aside from all that, as mundane as it sounds, I enjoy a lot of aspects of “gay” culture—movies like Priscilla and Queen of the Desert or trashy pop. And I think I would lose all of that if I were straight.

There was a time when I would have answered this question with a definitive “yes”—especially when I was going through puberty. But now it’s not like that. I’m happy to live in the 21st century and to contribute a little to making the world a better place by showing that there is a variety of ways to express love. Even if we’re only at the beginning of this revolution.

The X-Men question! No, I wouldn’t want the “cure.” I’m happy that I’m gay. And yeah, I’m sure it makes my life harder sometimes but whose life isn’t? Even if everyone were straight, we would still find ways to discriminate against one another. You can’t always be trying to fit into the mainstream. Where would it end? I think I’d rather stick to my otherness. In the end, it made me who I am.

The fact that most of the people I asked would still choose to be gay obviously makes me glad. It also makes me feel guilty for thinking I’d personally prefer to be straight just so I could have a more stereotypical life. Feeling this way is not something I’m proud of. If I really could decide for myself, if it were actually a choice, then I would like to live in a world where I wouldn’t even have to consider if I wanted to be myself or not.