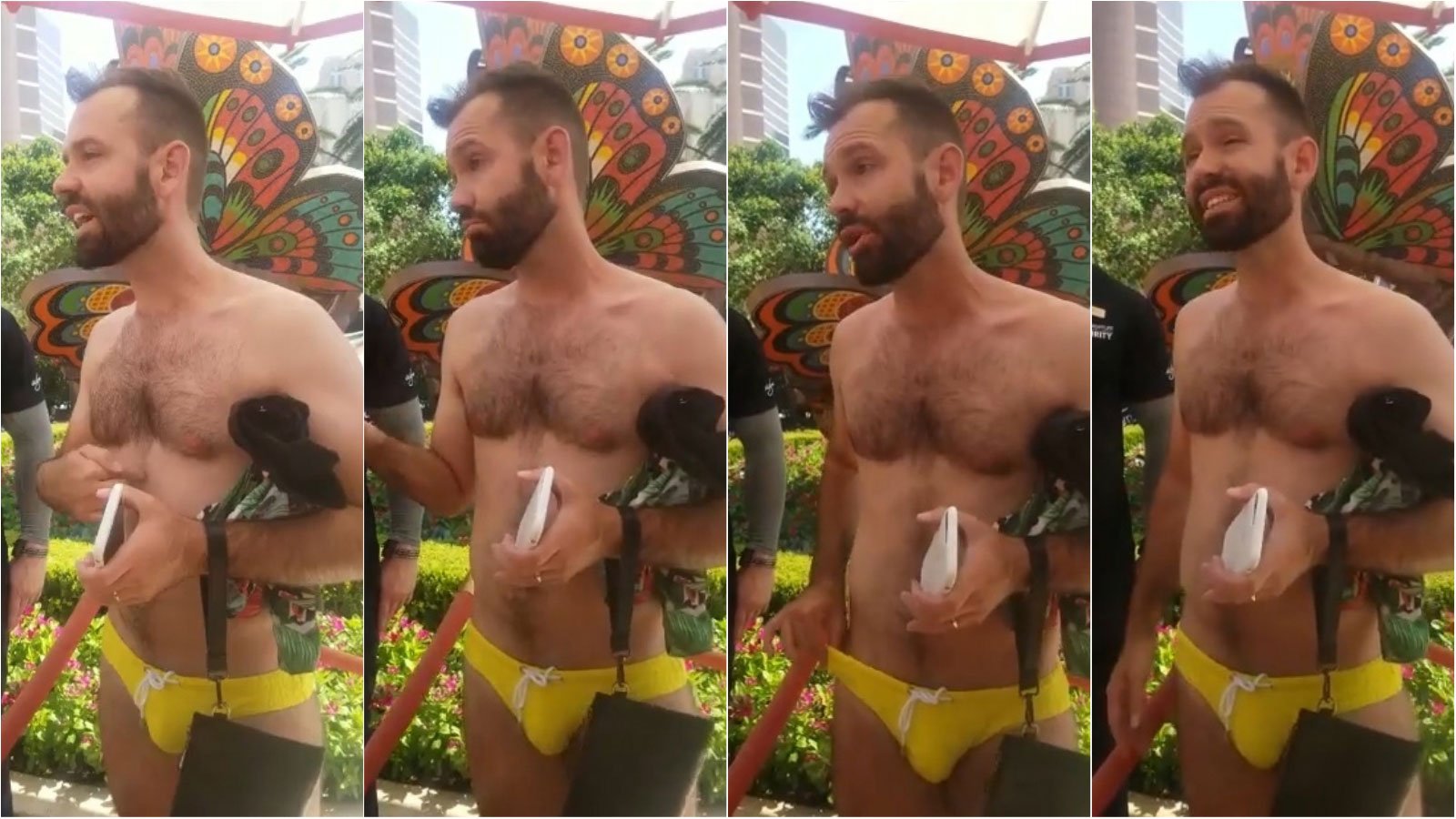 “I was made to leave the pool for wearing a Mr Turk bathing suit that they said was not ‘in integrity’ with the brand of the pool party.”

While attending a pool party at the Encore Beach Club in Las Vegas, a young gay man faced homophobia and discrimination. Chris Donohoe was kicked out of the pool party for wearing Speedo-style swim briefs. He took to Facebook to share his unfortunate experience with the world.

In the post, he wrote: “I was made to leave the pool for wearing a Mr. Turk bathing suit that they said was not “in integrity” with the brand of the pool party. In other words, I was kicked out for being a gay man wearing a bathing suit that was just a little too gay for The Beach Club Encore Las Vegas to tolerate.”

He followed the post with a full video of him explaining himself to the bouncers at the Encore. He ended his post saying, “Please repost and share this video. I’m going to pursue this to the fullest extent possible until LGBTQ+ people are no longer policed and discriminated against at the Wynn Las Vegas.”