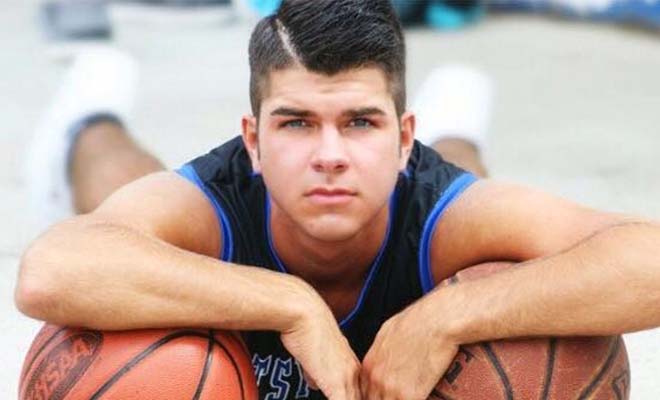 Dalton Maldonado is a point guard on the Betsy Lane High School basketball team and a freshly out gay man. According to OutSports.com, he faced blatant homophobia when a player from another team beleaguered him at a tournament. As Maldonado and his teammates prepared to shake hands and congratulate the victors, a member of the opposing team hollered a homophobic attack.

At the time, Maldonado had confided in two teammates and his parents; most people didn’t know that he was gay. However, that didn’t stop him from responding. As “faggot” echoed through the gymnasium, Maldonado answered, “Yeah baby, can I have your number?”

The abuse continued after the game. Members of the rival team congregated outside Maldonado’s school bus, and barked hateful slurs at Maldonado. His teammates had to prevent the challenging team from boarding their bus. And, on the way to their hotel, cars hounded the bus making violent gesticulations. McKenzie Akers, Maldonado’s teammate, recounted the incident in chilling detail.

Despite the confrontation, Maldonado’s teammates and coach Brandon Kidd united behind him in support.

“He’s one of my players. We treated him just as good as anybody else on the team. I didn’t look at him being a gay player, he was just my starting point guard.” (Kidd)

Accompanied by police security to games and practices, the Betsy Lane High School basketball team finished the tournament. The incident was horrific and exposed intolerance towards gay athletes in high school, but the reactions of the team made Maldonado feel more connected with his co-players. “This brought us closer together, and after this trip I felt more close to them than I felt in my whole life.” He said. Although the experience was incredibly disturbing, Maldonado and his team learned a valuable lesson in tolerance and equality.

“I felt like I didn’t have anything to hide anymore, and the fact that they accepted me made it all better!” (Maldonado)