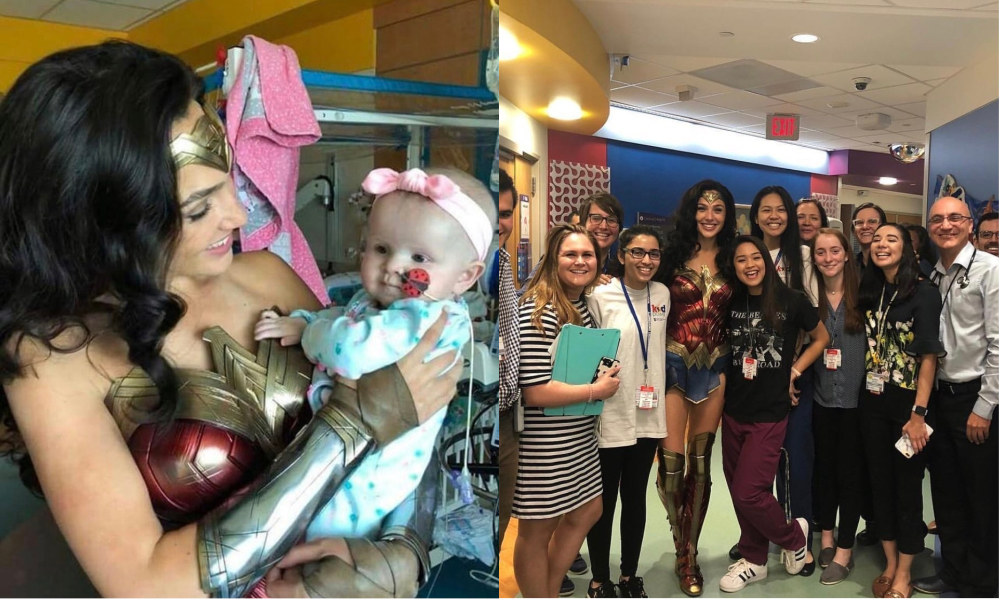 LOS ANGELES (Variety.com) – Gal Gadot followed in a long line of actors inhabiting their superhero characters in the real world Friday when she visited a children’s hospital dressed as Wonder Woman.

Kids at Inova Children’s Hospital in Annandale, Va. got to meet the star of Wonder Woman and the upcoming sequel film Wonder Woman 1984 — and the staff enjoyed the visit as well.

“Thank you Gal Gadot for visiting us at Inova Children’s Hopsital,” tweeted Dr. Lucas Collazo with a photo of the staff and the actress. “You are a true Wonder Woman. The kids loved it … and so did the staff.”

Wonder Woman 1984 is in production with recent filming in Washington D.C., and is due out Nov. 1, 2019. Patty Jenkens is returning to direct, and fans can expect to see the return of Chris Pine’s character, who was presumed dead in Wonder Woman. Kristen Wiig will star as the villain, Barbara Minerva, also known as Cheetah. See first look photos of Gadot and Pine here and Wiig here.

Wonder Woman 1984 is the eighth installment in the DC Universe franchise, and the fourth movie featuring Gadot’s Wonder Woman. The first film in the franchise lassoed an incredible amount of moviegoers last summer, earning $821.8 million worldwide including $412.5 million in North America.

Thank you ⁦@GalGadot⁩ for visiting us ⁦@InovaHealth⁩ Children’s Hospital. You are a true Wonder Woman. The kids loved it…and so did the staff 😉 #wonderwoman84 pic.twitter.com/EFDLM02rpf