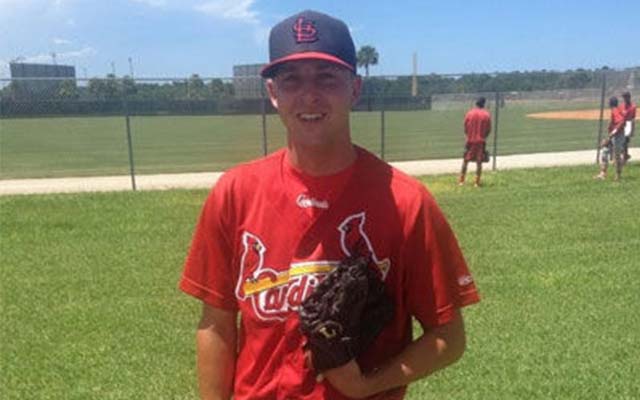 All too often, we hear stories about homophobia in sports, and while queer acceptance has progressed in professional arenas, many LGBT athletes still have to overcome adversity. One of those LGBT athletes is Tyler Dunnington; a minor league baseball player drafted by the St. Louis Cardinals.

After other players made disparaging comments about him being gay, Dunnington regretfully decided to quit baseball and share his story with Cyd Zeigler of Outsports. In his initial email to Zeigler, Dunnington describes his involvement as a closeted athlete amongst individuals, including coaches, who made homophobic comments.

“I experienced both coaches and players make remarks on killing gay people during my time in baseball, and each comment felt like a knife to my heart.” Dunnington said.

Sadly, Dunnington’s experience is common. Many queer athletes, internalize their teammates homophobia, which inhibits their inclusion in other aspects of the sport. Many, like Dunnington, eventually exit their sport as way to alleviate the anxiety of being outed or attacked by members of their team.

“After a little over a year of being gone from the game I’ve come to realize I thought I was choosing happiness over being miserable. That is not necessarily the case. My passion still lies in baseball, and removing myself from the game didn’t change that. Most of the greatest memories I have are with this sport. After gaining acceptance from my friends and family I realized I didn’t have to quit baseball to find happiness”

Dunnington has another regret: Not staying in his sport to advocate for other LGBT athletes. In his emails, he reflects on realizing the potential impact of playing openly gay athlete.

“I not only wanted to share my story but also apologize for not using the stage I had to help change the game. Quitting isn’t the way to handle adversity, and I admire the other athletes acting as trailblazers.”

As more athletes acknowledge homophobia, we hope to see increased acceptance in all sports. No athlete should have to sacrifice their sport for their sexual orientation.

You can read the entire interview on Outsports.