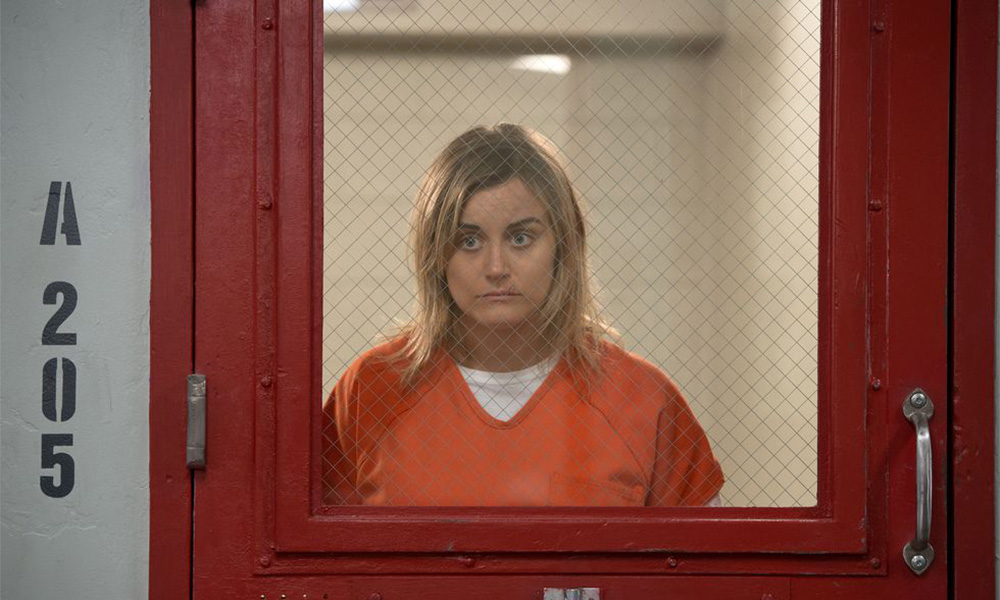 The last time we say the naughty inmates of Litchfield Penitentiary, they were finishing up a riot, which landed them in transfer from their dorm unit. At the time, we had no idea where they were going, but the first trailer for Orange is the New Black season six revealed their new home: maximum security

“This isn’t home,” says Suzanne “Crazy Eyes” Warren. “This is not home!” Lorna Morello matches, adding that their new cellmates are “psychos.” The trailer doesn’t offer much regarding plot details, but it drops a few hints about what’s up with our former ladies of Litchfield.

First, everyone has been assigned a new color; goodbye, orange. Hello, blue, khaki and pink. According to Piper, those sporting blue and khaki don’t get along. Following the color exchange, trailer scenes imply that everyone has to meet with lawyers for the prison riot from season five. Although Alex is nowhere to be seen. She’s probably fine, but who knows with this show. Lastly, at the1:22 mark, Lolly makes an appearance marking her return.

All episodes of Orange Is the New Black are currently streaming on Netflix. Season 6 will be released on July 27.