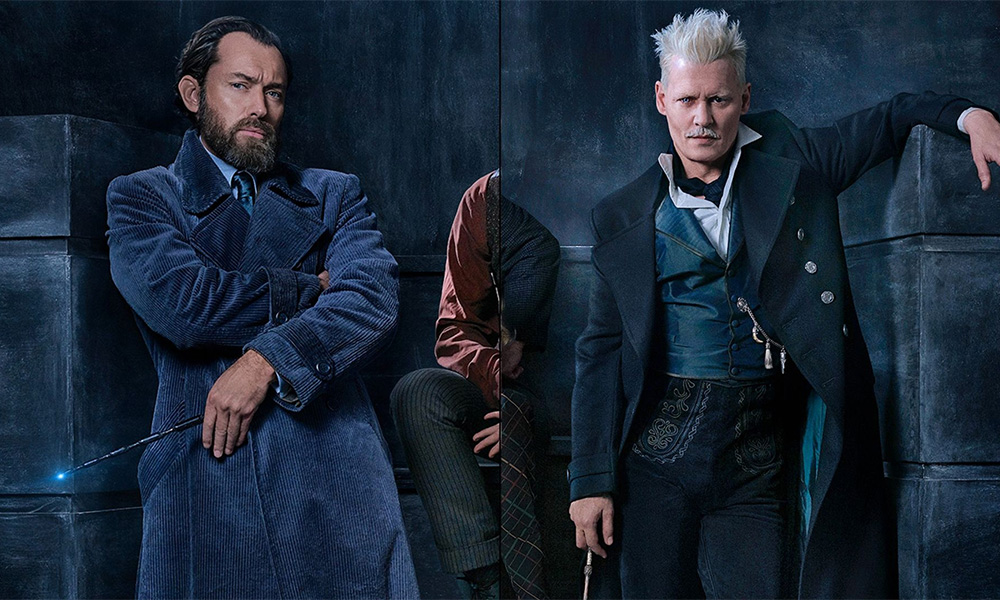 On November 16, the Wizarding World will unite to fight the dark wizard Grindelwald — and two famous faces are leading the charge!

Yesterday the final trailer for Fantastic Beasts: The Crimes of Grindelwald premiered on the Today show. The preview gives fans a glimpse of what Newt Scamander (Eddie Redmayne) and young Dumbledore (Jude Law) are up against. The two sorcerers hold the fate of the world on their shoulders, and Gellert Grindelwald (Johnny Depp) promises to bring chaos.

Get your #WandsReady — @jk_rowling and the cast of #FantasticBeasts: The Crimes of Grindelwald have your first look at the final trailer for the film, arriving in theaters November 16! pic.twitter.com/uEj5XBm80b

“My brothers, my sisters, the clock is ticking faster,” Depp’s threatening voice whispers. “The moment has come to take our rightful place in the world where we wizards are free. Join me, or die.”

While Dumbledore has a plan to take down Grindelwald, he knows he can’t do it alone. Although the film’s director David Yates has said the future headmaster won’t be “explicitly gay” in this installment of the series, there is a moment that fans will find revealing.

In the trailer, Dumbledore says he “cannot movie against Grindelwald,” as he uncovers the franchise’s infamous Mirror of Erised, which unveils the user’s deepest desire. As Rowling announced, Dumbledore’s desire is the young Grindelwald he fell in love with when the wizards were teenagers. IN his reflection, Dumbledore is transformed into his teenage self for a fleeting moment, and the pair joins hands on opposite while looking passionately at each other.