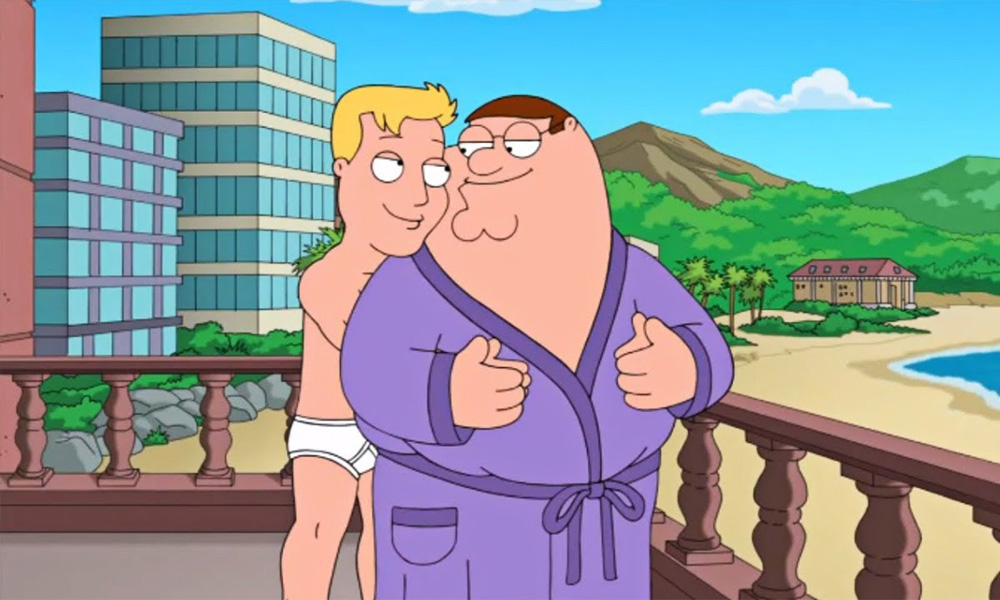 ‘Family Guy’ Promises to Phase Out the Gay Jokes

The producers of Family Guy say they’re phasing out gay jokes from the show.

If you missed Sunday night’s episode of Family Guy, it focused on bashing President Donald Trump. In the episode, Peter Griffin, outlines his time as Trump’s latest press secretary.

“If you look at a show from 2005 or 2006 and put it side by side with a show from 2018 or 2019, they’re going to have a few differences,” Sulkin said. “Some of the things we felt comfortable saying and joking about back then, we now understand is not acceptable.”

Appel noted that the culture has shifted since the series debuted in 1999.

“The climate is different, the culture is different and our views are different,” Appel added. “They’ve been shaped by the reality around us, so I think the show has to shift and evolve in a lot of different ways.”

‘Family Guy’ Promises to Phase Out the Gay Jokes