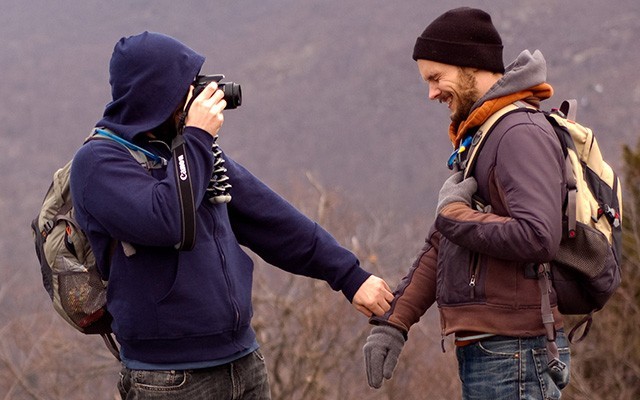 Either it’s an epidemic and people are turning gay, like the most FABULOUS episode of The Walking Dead you’ve ever seen, or society is finally saying it’s OK to be gay. Whatever the case may be, in the last year, 800,000 people kicked down closet doors and made their sexual orientation Facebook official — because if it’s not on social media it’s not true.

Since Facebook’s launched, more than six-million LGBT users posted their orientation, and according to the social network, the coming out rate is increasing drastically. Say it loud, say it proud!

Facebook released an official statement regarding its growing group of gay users in conjunction with National Coming Out Day, which explains describes the nation’s coming out rate in detail. Since the Supreme Court’s decision to pass a federal law allowing all gay couples to marry, Facebook says the gay population is booming and they saw a massive spike in newly out queer users.

Over the past year, approximately 800,000 Americans updated their profile to express a same-gender attraction or custom gender. Further, not only has the total number of Americans who have come out on Facebook risen dramatically, but so has the number coming out each day. As the chart demonstrates, the number of people on Facebook coming out per day is on track to be three times what it was a year ago.

This graph also shows periods in which there are sharp increases in the number of people coming out on Facebook. The most obvious increase is seen following the aftermath of the Supreme Court decision in Obergefell v. Hodges, indicated by the red vertical line. On a typical day, one out of every ten people who change their “interested in” status on Facebook do so to reflect a same-gender interest. On the day of the Supreme Court ruling, this ratio was double, one out of every five people. Additionally, in the days following the June 26 Supreme Court decision, we saw more than 26 million people display a rainbow filter on their profile picture.

To be completely certain, we need that gay spit test. Amiright?