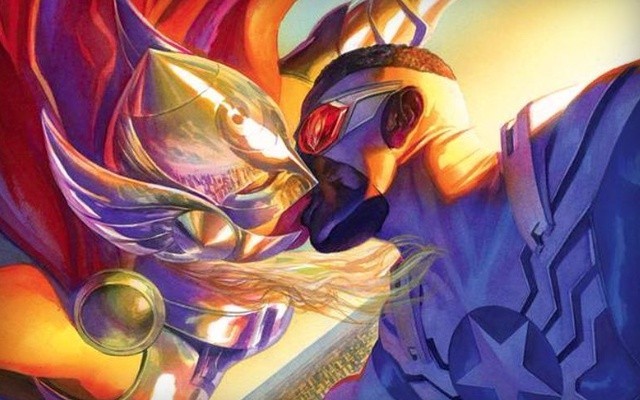 When Captain America and Thor kiss is incredibly hot; being gay is so trendy right now, even Marvel is making two of their most masculine men make out.

In a tweet from the comic company, January 2016 is promised to be “All-New, All-Different,” which we couldn’t be more excited for, literally.

Accompanying the tweet was an image of two Avengers engaged in a pretty passionate kiss. We certainly hope this relationship gets some on-screen exposure during the next installment of the franchise. One could only hope!