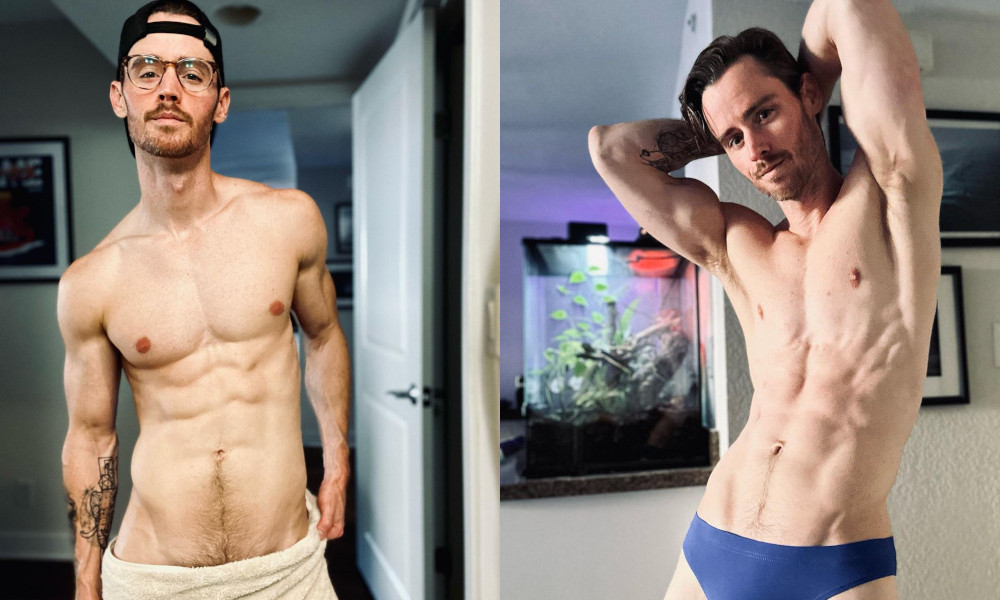 Buckle up because Benson’s OnlyFans journey is a roller coaster filled with ups, downs, and lots of steamy photos.

When you can’t beat ’em, join ’em! That’s what Dan Benson, who you may recognize as Zeke from Wizards of Waverley Place, thought when he discovered his glamour shots were being leaked all over the internet.

“I thought I’d take just a minute and explain how I kind of tripped and fell into adult entertainment,” Benson said in a TikTok video posted last week.

The former actor joined OnlyFans last summer and has not been shy about promoting his work on his social channels. See his spicy Instagram page as proof. However, why he went from acting for the Disney Channel to sharing scandalous content on the popular subscription service has remained a mystery. Until now.

According to Benson, it started while he was still working on Wizards of Waverley Place. “I would get messages from people all the time. Some of those being women that I found incredibly attractive.”

He began exchanging explicit photos with some of these women who, unfortunately, turned out not to be who they said they were.

“Quickly, I learned that my photos were all over the web.”

At first, Benson tried to fight the invasion of his privacy and get the photos taken down. “But as you can imagine, that was a pretty difficult task.”

Benson had already left acting but said the incident almost cost him his job. So, he decided to take a new approach.

“Instead of letting these people sell my privacy… I decided to say, screw you, I’m going to sell it myself.”

Benson’s explanation video has over three million views at the time of this writing. He has gained over 170 thousand followers on the app, but if you’re looking to see more from him, follow his Instagram. Of course, his main platform for work is OnlyFans.

OnlyFans is a paid subscription-based platform that primarily targets creators of adult content, allowing them to monetize their work by charging their fans for exclusive content and access to their social media accounts. The platform has also been used by other creators, such as fitness instructors, musicians, and comedians, to monetize their content.

Who is Dan Benson?

Most known for his roles as Zeke in Wizards of Waverley Place and as Sterling in Phil of the Future, Dan Benson began acting at the age of 17. His latest gig had him voicing a character on the popular Cartoon Network series Rick and Morty. Currently, he works in adult entertainment.