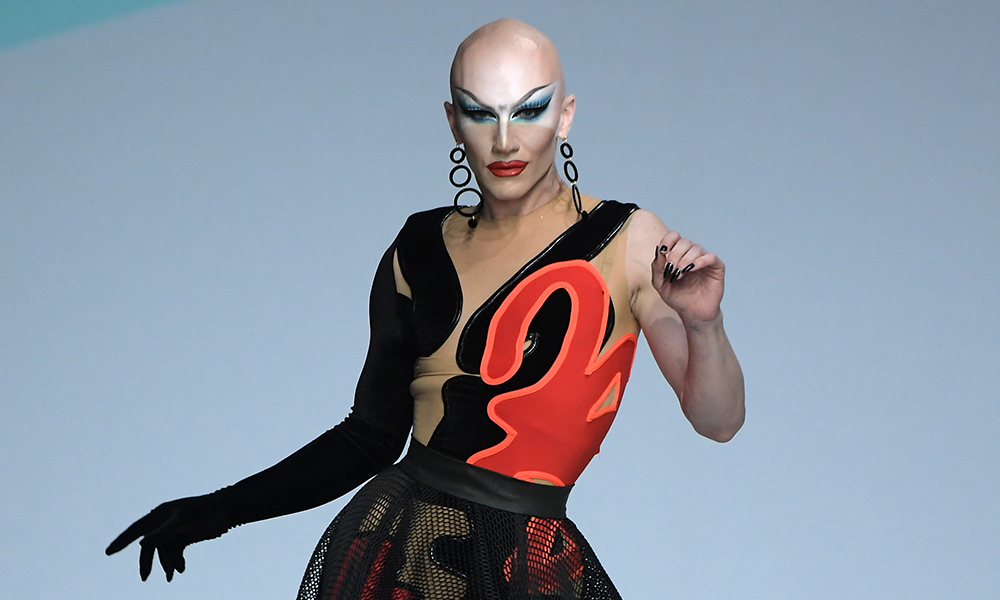 As the right clutch their pearls, Sasha Velour is here to clear some misconceptions

It’s a strange time to be a drag artist. Within the last decade, drag rose from a place of relative obscurity and derision to the world stage. There was a time, not too long ago, when drag artists faced ridicule and contempt, even from those within our community. People who partook in drag did so because they were in love with the art form. Certainly not for a reliable income. Now it is a viable career option.

RuPaul’s Drag Race is often credited with this immense cultural shift. The show reached out its impeccably manicured hand, plucked the queens off of their heels, and placed them directly into the spotlight. Drag stars now have access to the living rooms of the world. All of a sudden some of the most vilified queer people have a platform to discuss queerness, deconstruct gender, and celebrate an important art form. This spotlight also comes with baggage.

It appears that with the proliferation of drag, especially among straight cisgender people, comes a fundamental misunderstanding. Perhaps it’s because Drag Race itself has become inextricably linked to the art form in the minds of the masses. Perhaps because drag was relegated to bars and nightclubs as a means of survival for so long. One way or another drag is very often considered exclusively adult in nature. This mindset is a fallacy that has empowered right-wing politicians to further police and vilify queerness.

“Like any artists, we edit our performances to be squeaky-clean for family-friendly audiences.”

Take it from Drag Race royalty, Sasha Velour. In an essay penned for The Washington Post by the season 9 winner, Velour deconstructed this flawed logic. “Drag is no less appropriate than other forms of entertainment,” she wrote. “While most of our shows in bars and clubs are designed for adults, like any artists, we edit our performances to be squeaky-clean for family-friendly audiences.”

Think of the Children

Everywhere drag (and queerness for that matter) comes in contact with children has historically been a battleground. There are even people in the LGBTQ+ community who draw a line between drag and children. They point to first-hand experience of late-night drag shows or anecdotal strawmen to write off the entire art form as the monolith it is not.

“It’s telling that conservatives have centered the drag debate on children,” writes Velour. “Drafting laws to ban children from our performances is much less about the imagined sexual dangers of a drag show than the imagined dangers of failing to indoctrinate children with fear and shame around queerness from an early age.”

At a time when queer people can hardly unlock their phone without seeing another “groomer” accusation spilled across their timeline, one thing is clear. This is part of a conservative pushback against the rising acceptance of LGBTQ+ folks. “The greater our visibility, the fiercer their backlash,” Velour writes. “Each time drag has broken through to mass audiences, the uninformed have tried to shove us back to the margins.”

Related | Monkeypox Is Not A ‘Gay Disease’

A Manifesto of Drag

It’s a shame we spend so much time describing what drag isn’t, and so little celebrating what it is. At its heart drag is dress-up. It is a form of play that is as deeply personal and by no means a deception. “Our art has never really been about deception,” writes Velour. “Drag is about self-expression without shame […] It’s at once illuminating and not particularly serious; in drag, we playfully reject our assumptions about how a man or a woman ‘should’ act so we can find our own ways of being.”

“The people pushing hateful lies about this art form are the dangerous, deceitful ones.”

Velour calls drag an antidote to fear and shame. “A child who sees queens and kings onstage twirling in costume, acting absurd and authentic before all of society, is bound to develop empathy and tolerance,” she continues. Despite this, and perhaps because of this, anti-LGBTQ+ politicians will continue to use drag as a scapegoat against queerness. They point to the lashes, heels, and wigs as “proof” of our supposed deceit, and they know exactly what they’re doing. They are using every trick in their arsenal to further relegate queerness to the margins of society. Or to stamp it out entirely.

“The people pushing hateful lies about this art form are the dangerous, deceitful ones,” writes Velour. “Under all the wigs, and the makeup, and the false lashes — and perhaps a bit because of them — we are telling something true.”

Sasha Velour is the author of an upcoming book called “The Big Reveal: An Illustrated Manifesto of Drag.“ Read Velour’s essay here.