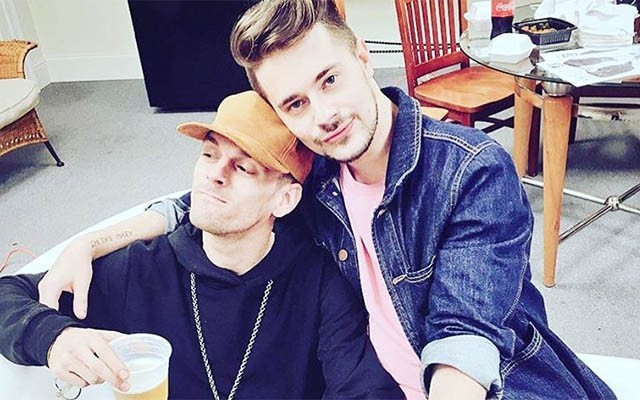 You might remember Chris Crocker from his YouTube channel, which he deleted last September. And you probably remember Aaron Carter from his preteen pop star days. The two must be pretty close — Crocker posted photos of them cuddling on his Instagram account.

We noticed Crocker and Carter exchange endearments on social media regularly; in a recent tweet, Carter declared Crocker his “man crush.” And Crocker did say he would “do Aaron.” Whatever that means …

@ChrisCrocker is my man crush ??

And, Carter even refers to Crocker as his “husband.”

Obviously, the intimacy could be staged, there’s could be more to the story. Apparently, Crocker also posted a video on Instagram, and in said video, he almost kisses Carter. In the last second, Crocker leans in, closes his eyes and … then it cuts to black. Although we may never know the truth, “Caaron” isn’t the worst celebrity name combo we’ve heard.