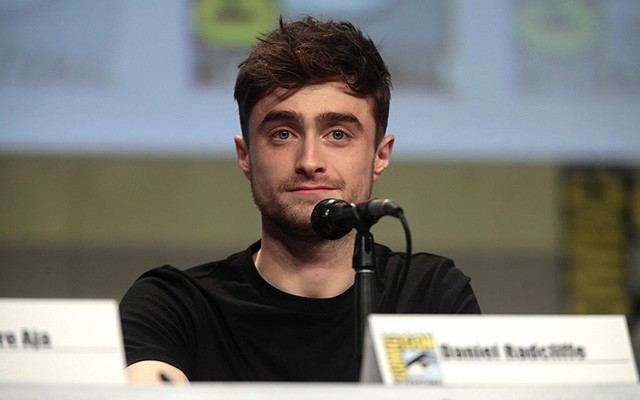 The 26-year-old actor discussed being the “small guy” in Hollywood, and what it was like sharing the screen with some of the most famous and talented British actors in the world. In addition, he talked about rubbing his wand as a 17-year-old starring in Broadway’s Equus.

“Yeah, I was like every other teenager in that sense. My favorite line about [rubbing your wand] is Louis C.K.’s, something like, “I found out about it when I was 11, and I didn’t skip a day.” I think I started very early—before my teens. But not when I was on set. I wasn’t going, When is Alan Rickman going to nail this scene so I can run back to my trailer? There’s another feeling, again perfectly described by Louis C.K.: that fear just after you’ve [tamed the dragon] that everyone knows what you did. It would have been embarrassing to walk back on set and look the dignitaries of British acting royalty in the eye, knowing what I’d been doing.”

Read the entire interview on Playboy.com, and keep an eye out for some of his juicier answers. At one point, Radcliffe talks about whether or not he had a “fluffer” backstage when he performed in Equus. Regardless of the answer, we volunteer as tribute.