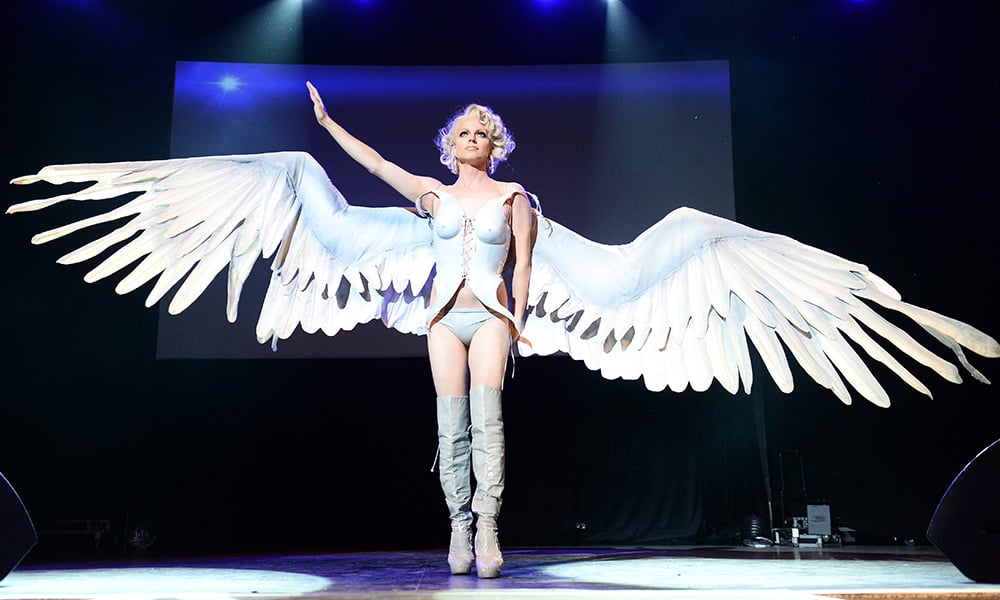 Courtney Act says an ex-boyfriend was living with HIV and undetectable, which made seroconversion highly unlikely.

Celebrated drag queen Courtney Act took part in a candid campaign to educate people that having an undetectable HIV viral load means that transmission is highly unlikely. In summary, people living with HIV who undergo proper treatment cannot pass HIV on to their sexual partners.

Act created the video while visiting Auckland, New Zealand as part of her Under The Covers tour. In an official statement, Act explained why she backs the initiative, which is produced by a local organization called Ending HIV New Zealand.

“An ex-boyfriend of mine is living with HIV. He has an undetectable viral load, so I know first-hand how this can affect people in a serodiscordant couple — which is where one partner is HIV-negative, and one is HIV-positive,” Act stated.

“It was great to know he could have much better health in the long-run and that scientific evidence shows he was unable to pass on HIV on to me, even without condoms.”

She continued,”We live in a fear-based world where HIV stigma can prevail, but armed with science and facts I was able to break down the stigma in my mind and be in a happy and healthy relationship with my partner.”

“For people living with HIV, the knowledge that undetectable equals untransmittable is huge news, not only as a means of preventing transmission but in breaking down the stigma that many people still experience.”

Many health organizations, including the Centers for Disease Control and Prevention, support the “Undetectable = Untransmissable” message.

Last year, in recognition of National Gay Men’s HIV/AIDS Awareness Day, the CDC released an official memorandum on the topic. The memo reads: “When [antiretroviral treatment] results in viral suppression, defined as less than 200 copies/ml or undetectable levels, it prevents sexual HIV transmission.”

In other words, having one’s HIV suppressed to undetectable levels prevents transmission.

“Across three different studies, including thousands of couples and many thousand acts of sex without a condom or pre-exposure prophylaxis (PrEP),” the CDC continues, “no HIV transmissions to an HIV-negative partner were observed when the HIV-positive person was virally suppressed. This means that people who take ART daily as prescribed and achieve and maintain an undetectable viral load have effectively no risk of sexually transmitting the virus to an HIV-negative partner.”

Modern medicine is highly effective at diminishing HIV levels to undetectable levels; this is especially true if a person is diagnosed soon after infection.

Still, using a condom is always recommended as it can help prevent a variety of other sexually transmitted infections. If you’re sexually active, get tested often. You can visit a testing facility near you or test from the comfort and privacy of your home.

Double tap if you love @courtneyact! ? Photo by Jeff Spicer for Getty Images