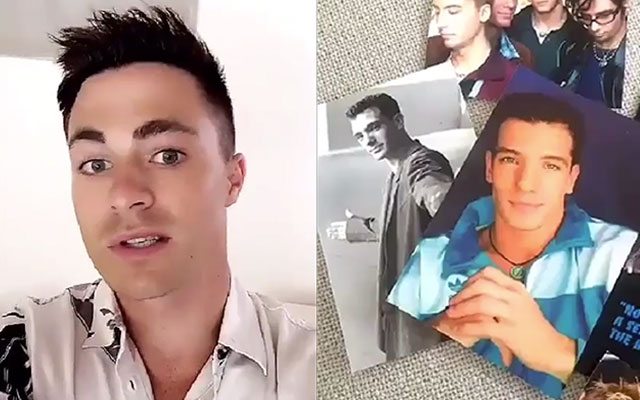 This is really tearing up our hearts. Although its been more than a decade, like many of us, Colton Haynes still hasn’t gotten over the breakup of NSYNC, arguably the best boyband of all time.

Yes, all time. Don’t come around here with any of that Backstreet Boy baloney. Anyway, Haynes has described himself as “the ultimate NSYNC fan,” and his latest purchase just might make him the new president of their fan club. The 27-year-old actor just acquired an assortment of NSYNC memorabilia at an antique auction that will make you ill. Get it? If not, you’re not a real fan …

Haynes, who recently came out, opened up about his emotionally overwhelming purchase. He said, “Almost in tears. Cannot explain to you guys what I just bought at this antique store,” before showcasing his swag.

So what all did he get? Watch the snap and see for yourself, but we will say, there are some gel pens we have our eye on.

Shout out to @coltonlhaynes and his pretty @NSYNC loving self though. So JEALOUS! AHHHH!! Damn him. pic.twitter.com/xfXMB8va0M