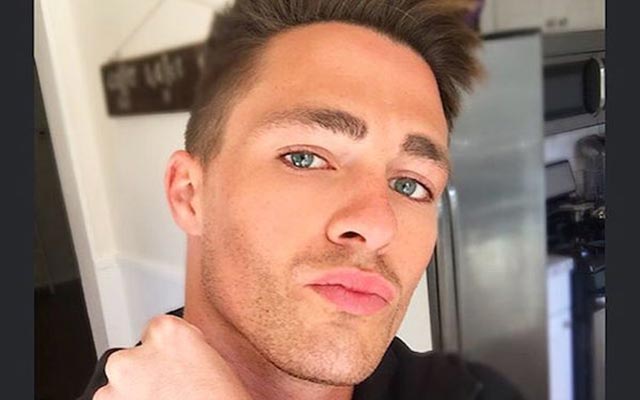 You probably recognize Colton Haynes from MTV’s Teen Wolf and the CW’s Arrow. The 27-year-old actor has battled rumors around his sexuality for most of his career. Today, he set the record straight. In an interview with Entertainment Weekly, Haynes officially came out as gay.

Last January, a Tumblr post reignited interest in Haynes’ “secret gay past“, he responded coyly saying “Was it a secret?” and the Internet went bonkers. His interview in EW addresses his time in the closet and coming out:

“It was a complete shock. I wasn’t ready to be back in the headlines,” says Haynes, who is in fact gay but has never publicly addressed his sexuality (and, like many others on his path, took advice early in his career to subdue it). “I should have made a comment or a statement, but I just wasn’t ready. I didn’t feel like I owed anyone anything. I think in due time, everyone has to make those decisions when they’re ready, and I wasn’t yet. But I felt like I was letting people down by not coming forward with the rest of what I should have said.” The headlines about Haynes turned vitriolic in the absence of an announcement, but he was in no place to make one: He had checked into rehab for anxiety and would be frequently back in the hospital over the next three months.

“People want you to be that GQ image that you put out, but people don’t realize what it’s like to act 24 hours a day. I’d go home and I was still acting,” he says gently. “People who are so judgmental about those who are gay or different don’t realize that acting 24 hours a day is the most exhausting thing in the world.” The truth is, Haynes has been out for most of his life – in high school, to his family and friends, to his cast members, to his Hollywood bosses (like Arrow creator Greg Berlanti, now one of his closest mentors). But as a green transplant in Hollywood in 2006, he wasn’t any more immune to the town’s well-chronicled discomfort with LGBT identity.

Congratulations, Colton! If you’d like to read the interview in its entirety, click here or pick up a copy of this week’s Entertainment Weekly on newsstands.